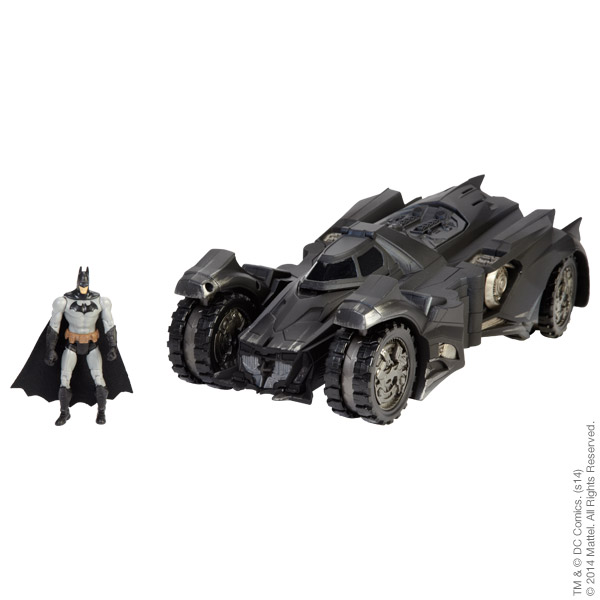 We previous revealed that Mattel would be releasing an exclusive Batmobile for Batman: Arkham Knight that would be sold as one of their Comic Con exclusives. It appears that they did not sell as many as they expected, because they just sent out an email letting everyone know about the items that will be part of their after-party sale. Among the previous announced items that would be available online after the convention listed on their site, is the Arkham Knight Batmobile.

The item is the same price as it was at Comic Con plus shipping. The sale takes place beginning next Monday, August 4 for Mattel subscribers or Tuesday, August 5 for everyone else. Sale begins at 10AM CST on both days. So if you wanted to get this exclusive item, you now have a chance.