Mattel has posted the following post on their site revealing the fourth and fifth figures as part of The Dark Knight Rises Movie Masters line.

Without a doubt, one of the biggest, most highly anticipated films for summer 2012 is The Dark Knight Rises. We revealed the first three characters for our 2012 The Dark Knight Rises Movie Masters® series at New York Toy Fair in February, and the buzz has been amazing! Along with the great sculpts for Batman™, Bane and Catwoman, everyone is talking about the Collect-and-Connect® projecting Batsignal. 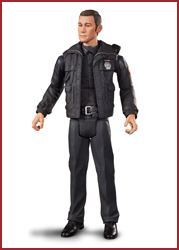 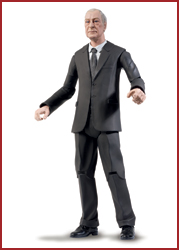 Hard-as-nails Officer Blake is a brand-new character to the Christopher Nolan trilogy, and we can't wait to bring him to life in our Movie Masters® series. And you know we're beyond stoked about Alfred! Fans (and us!) have been asking for him for years, and he's a big addition to the line.

Of course, new figures as awesome as these deserve new packaging, too. Check out what's in store for our 2012 Movie Masters® line… 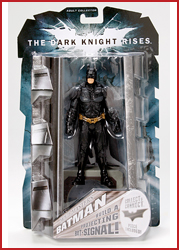 That's all for now, but check back soon because next up will be the sixth and final 2012 TDKR Movie Masters® figure! Want to know when we do the next big reveal? Hang out with me on Facebook, Twitter or in our Fan Forums and I'll post an announcement.

So who do you think will be the sixth figure in the first wave?