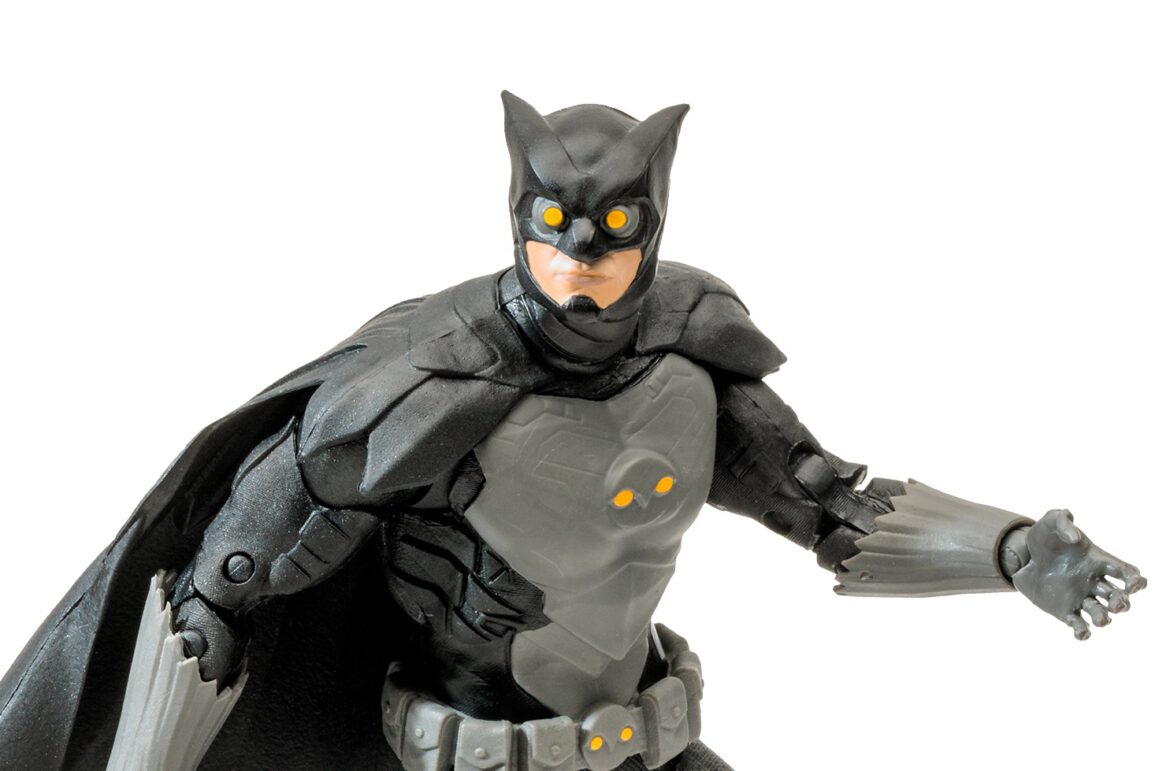 The latest figure announced from McFarlane Toys heads back to the DC Multiverse line with the next figure as part of the Starro build-a-figure, Owlman. The member of the Crime Syndicate stands about seven inches tall and includes a collectible card and a standard display base along with three of the parts making up Starro. Owlman is the third figure released for this wave with Ultraman and Superwoman previously announced. There is one remaining figure coming in November that will complete the wave. This figure is $24.99 and is expected to ship in July 2022. You can preorder it now exclusively through Target.

Hailing from Earth-3, Thomas Wayne Jr. is the eldest son of Thomas and Martha Wayne. As per most Wayne families across the Multiverse, the Wayne family was fabulously wealthy. But, in this world, they were also corrupt. Following his parents and brother Bruce’s brutal deaths at the hands of the rival criminal kingpin, Boss Gordon, Thomas decides to become a vigilante. Using the wealth now at his disposal, he creates an owl-themed suit and dons the moniker Owlman to assert fear and dominance over Gotham City. Controlling Gotham City with an iron fist, he fits in well with the newly formed Crime Syndicate, a group of super-beings who have taken over the world.

Product Features: Incredibly detailed 7” scale figures based on the DC Multiverse. Designed with Ultra Articulation with up to 22 moving parts for a full range of posing and play. Owlman is featured in his outfit from the story arc Crime Syndicate. Owlman comes with a baby Starro and a base. The figure includes 1 of 4 pieces that when combined with the rest of the Crime Syndicate Build-a line will assemble an adult Starro. Build-a Adult Starro features wire in his arms for bendability. Baby Starro is made of soft PVC that allows it to be slid over the chest of any 7in McFarlane Toys DC Multiverse Figure. Included collectible art card with figure photography on the front, and character biography on the back.