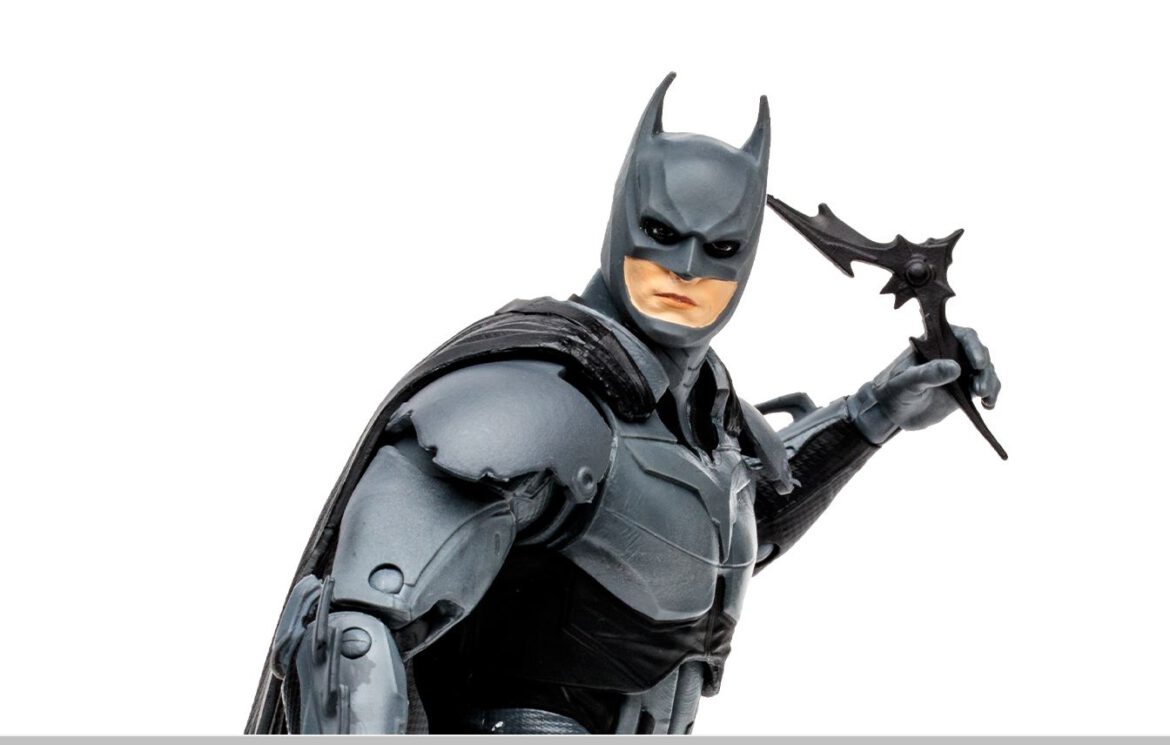 McFarlane Toys has released details for their latest Page Puncher figure, which features Batman based on his appearance in Injustice 2. The seven-inch figure includes a display base, collector card, batarangs, and a copy of the Injustice 2 comic book. It is priced at $24.99 and is expected to ship in November 2022. You can preorder the new figure at Amazon, Entertainment Earth, or Gamestop.

Even after he’s been exposed to the world as Batman, Bruce Wayne™ keeps his vow to avenge his parents’ death by fighting for justice. He refuses to execute his enemies, believing that once he crosses that line, he’s no better than the cowards he battles.

Product Features: Incredibly detailed 7” scale figures based on the DC Multiverse. Designed with Ultra Articulation with up to 22 moving parts for a full range of posing and play. Batman is based on his look from the Injustice 2 comic. Batman comes with two batarangs and a base. Included is a collectible comic the figure is based on, as well as a collectible art card with figure photography on the front and a character biography on the back. The figure is showcased in DC Direct-themed window box packaging.