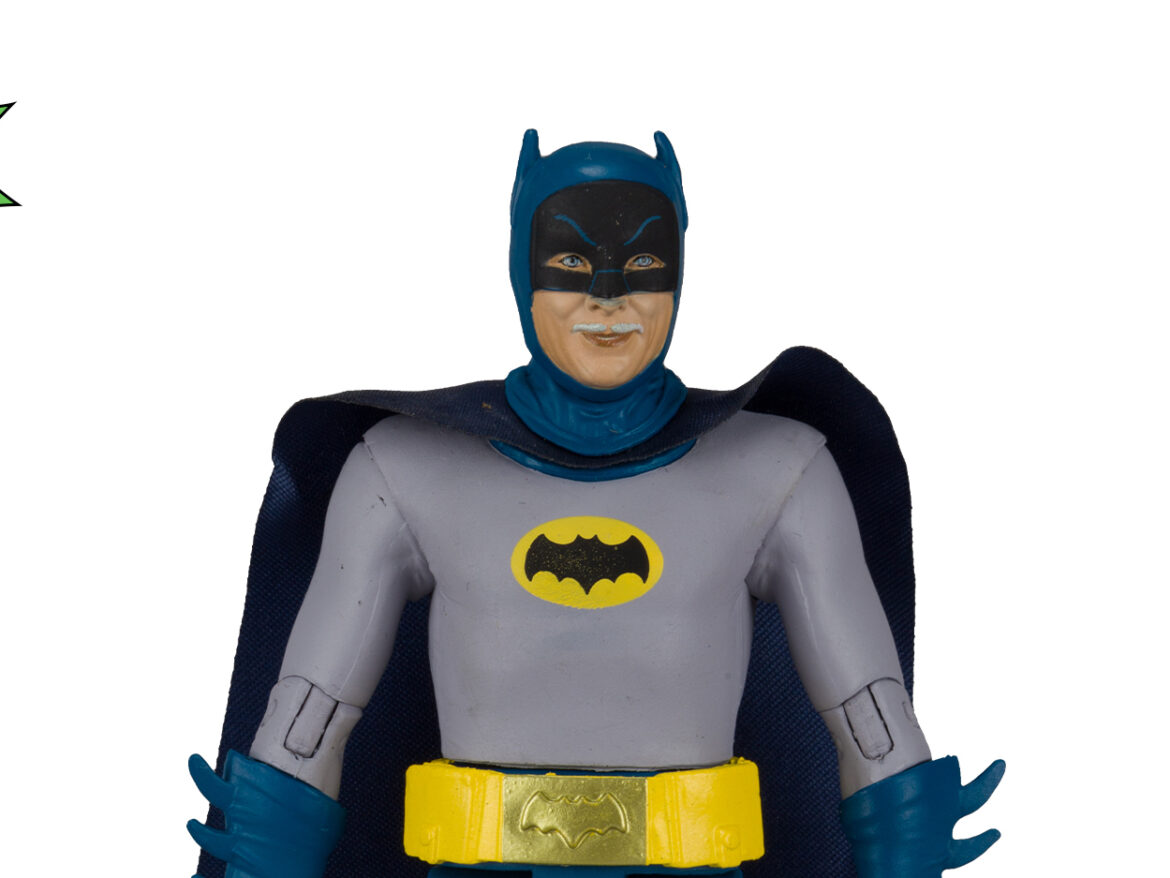 McFarlane Toys isn’t done making NYCC reveals for the DC Retro line. After announcing an exclusive set for NYCC, they have also announced a new figure for DC Retro featuring Alfred dressed as Batman. The six-inch figure includes two action word bubbles. It is priced at $17.99 and is expected to ship before the end of 2022. As with the rest of the DC Retro line, the figure is exclusive to Target and can preorder by heading directly over to Target.

Bruce Wayne’s loyal and trusted butler, Alfred Pennyworth not only took care of Wayne Manor but was there whenever the dynamic duo needed him. From answering the Batphone, and costume creation, to even donning the Bat Cowl itself to keep Batman’s secret identity intact, he does whatever was needed to aid the crimefighters behind the scenes.

Product Features: Based on the classic 1960s TV show. Designed with articulation for posing and play. Includes 2 action word bubbles. Packaged in a card-backed blister with the iconic old-school look of the 1960’s Batman series. Collect all McFarlane Toys DC Retro Figures.