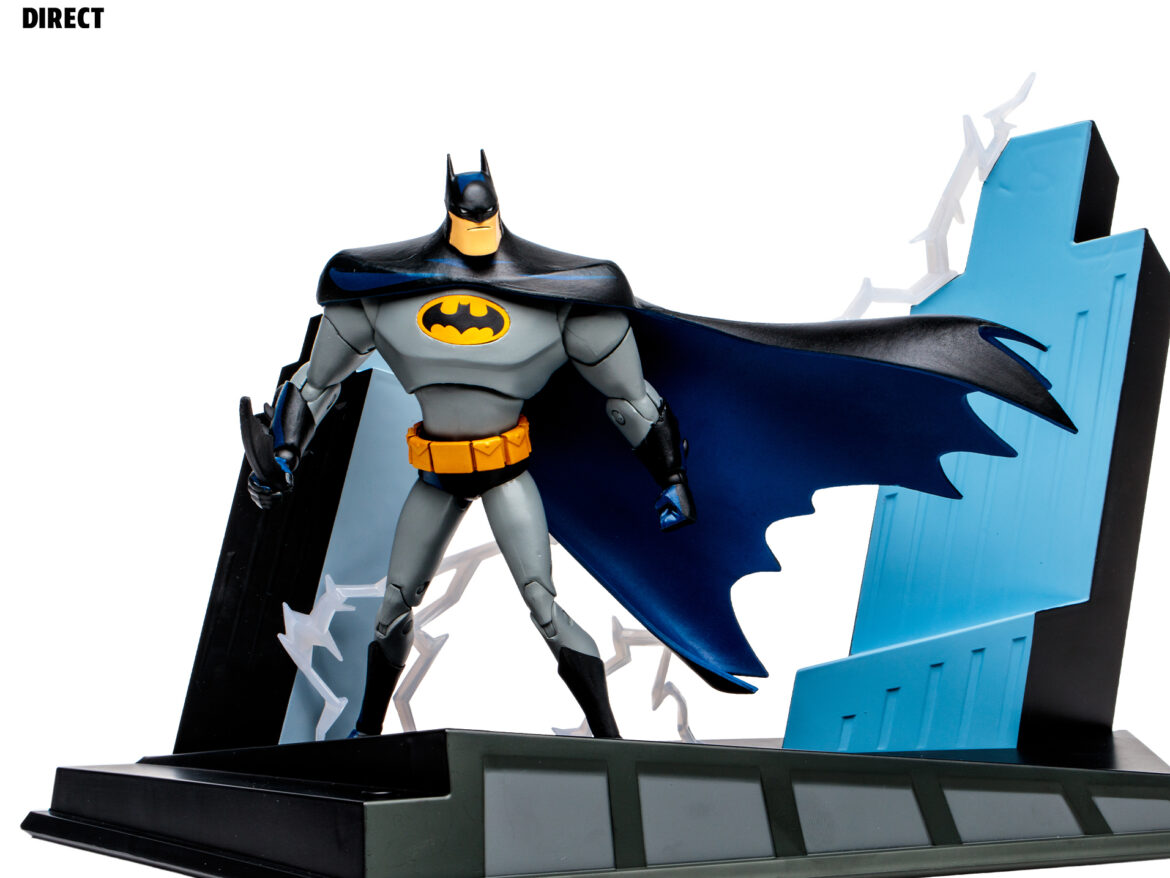 McFarlane Toys has announced an exclusive set for NYCC featuring Batman: The Animated Series (BTAS) as part of the Gold Label Series. The new set features a seven-inch Batman with a light0up building top base to showcase the scene from the opening credits of the show. The figure also includes a grapnel launcher, a batarang, extra hands, a collectible card, and packaging that showcases the exclusive figure and light-up elements. In addition to the standard version, there is also a signed version featuring a collectible card with Bruce Timm’s signature. The standard version is priced at $49.99 while the signed version is priced at $79.99. Both versions are expected to ship before the end of 2022 and are exclusive to Target.

Wearing many names – the Dark Detective the World’s Greatest Detective, the Caped Crusader – Bruce Wayne has battled tragic foes like The Joker, The Penguin, Mr. Freeze and so many more. Deep inside, he knows that he shares something with them that most of humanity wouldn’t understand – a commitment to the fight.

Product Features: Included collectible art card with figure photography on the front, and character biography on the back. Batman figure is based on the iconic style of Batman the Animated Series designed with a sweeping cape. Includes LED light-up building top base. Batman’s accessories include a Grapnel Launcher, Batarang, and extra hands. The figure is showcased in Batman The Animated Series-themed window box packaging. Collect all McFarlane Toys DC Direct products.