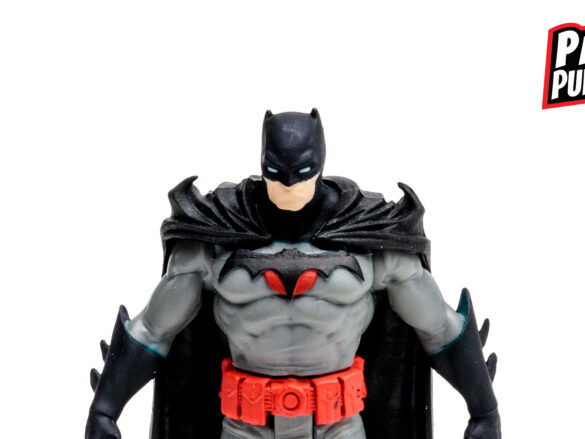 McFarlane Toys has released details for their latest Page Puncher figures and the first one is the Thomas Wayne version of Batman from Flashpoint. The three-inch figure comes packaged with a copy of Flashpoint #2. It is priced at $9.99 and is expected to ship in November 2022. You can preorder the figure at Entertainment Earth or Amazon.

As a child, Bruce Wayne watched as his parents were brutally killed in Gotham City’s Crime Alley. Traumatized by their deaths, he devoted his life to becoming the world’s greatest weapon against crime—the Batman! He’s a master detective and an expert martial artist, but his greatest weapon is his mind. Batman has a plan for every occasion, as well as high-tech weapons, gadgets, and vehicles to assist him in his relentless pursuit of justice!

Product Features: Packed with a pocket-sized hero or villain at a 3” scale based on the DC Multiverse. 5 points of articulation to Punch and Kick. Thomas Wayne Batman is based on his look in the Flashpoint comic story arc. Comes packaged in a blister pack with an English-only reprint of your favorite comics that the figure is based on. Collect all additional McFarlane Toys DC Page Punchers Today!