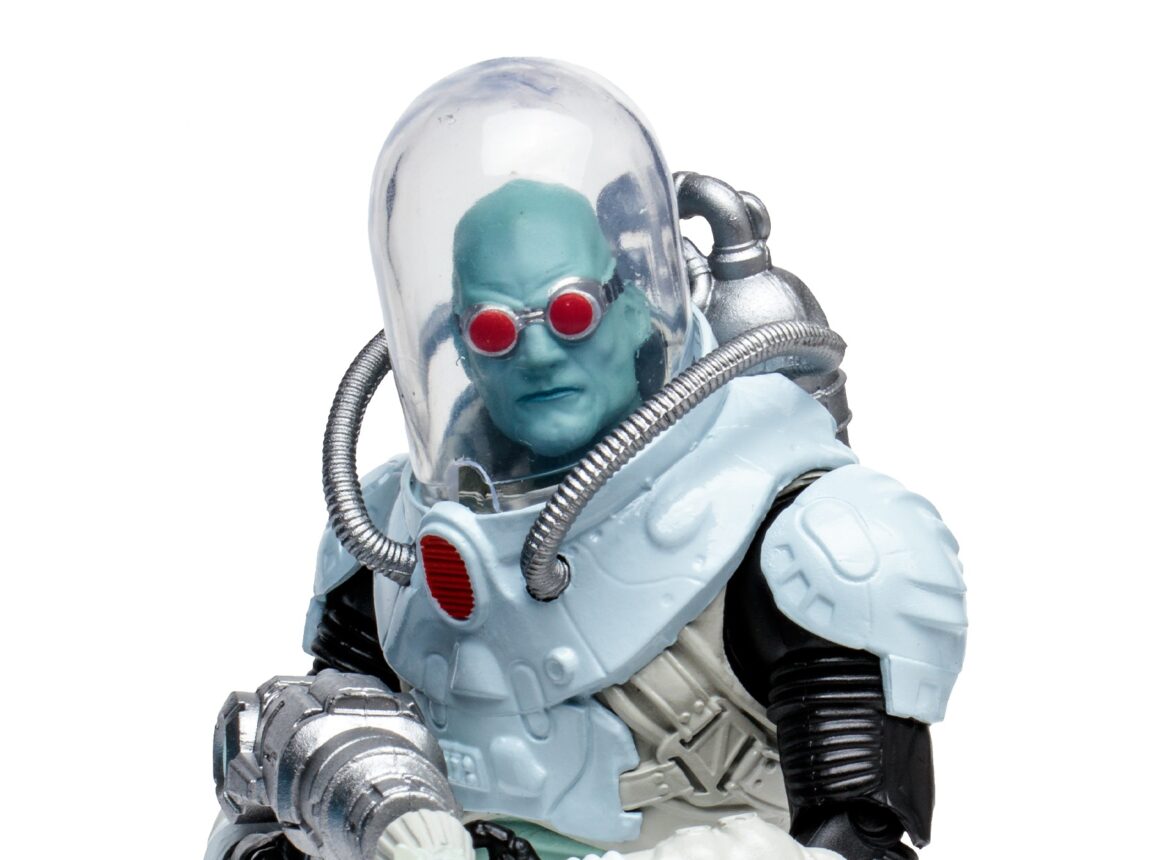 The latest wave of DC Multiverse figures from McFarlane Toys has already included Batman and Catwoman, and now Mr. Freeze joins the line. Previously seen in the DC Multiverse line from Mattel released in 2013, this new addition is the first time Freeze has been seen in the line since McFarlane took over the license. The seven-inch scale figure features twenty-two points of articulation, a freeze ray gun, a standard display stand, and a collector card. It is priced at $19.99 and is expected to ship in early 2023. You can preorder the figure now at Entertainment Earth or Amazon.

An expert in the field of cryogenics, Victor led a relatively normal existence. He worked diligently but also fell in love with and eventually married a woman named Nora. Sadly, things took an unfortunate turn soon after. Nora became terminally ill, and to stop her degenerative disease from taking her life, Victor put her into suspended animation. The corporation funding Victor’s work shut down his experiments and, in the process, caused a horrible accident. The coolants did irreparable harm and made it impossible for him to survive above-freezing temperatures. To counteract this, Victor constructed a special, ultra-durable suit to keep his body alive and at the right temperature. He embraced his new persona and became Mr. Freeze.

Product Features: Incredibly detailed 7” scale figure based on the DC Multiverse. Designed with Ultra Articulation with up to 22 moving parts for a full range of posing and play. Victor Fries is featured in his Mister Freeze cold suit. Mister Freeze comes with a freeze ray with an ice effect. Included collectible art card with figure photography on the front and character biography on the back. Collect all McFarlane Toys DC Multiverse Figures.