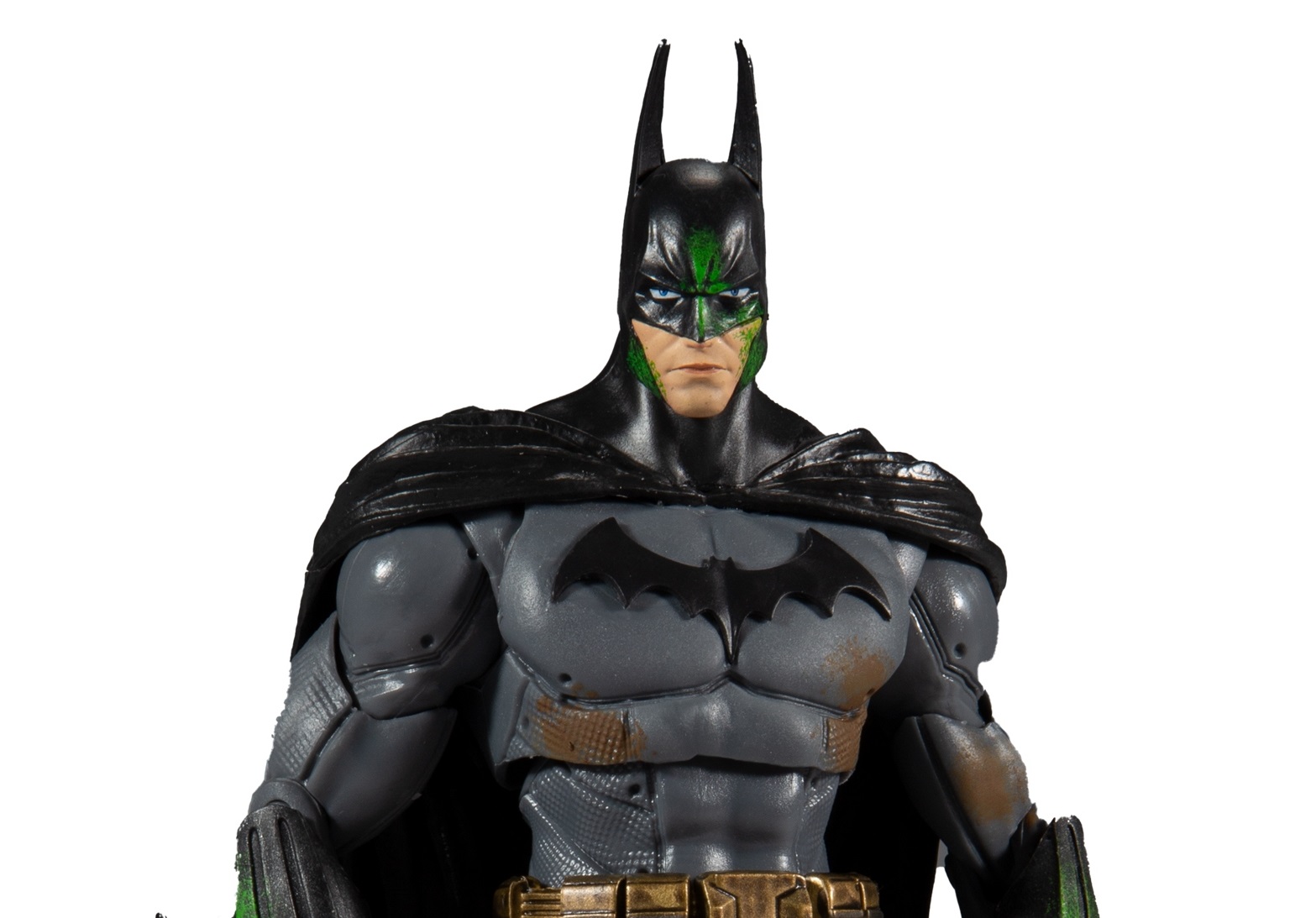 McFarlane Toys has released details for another two-pack from their DC Multiverse line, which features Batman and Joker from Batman: Arkham Asylum with a slight paint variation. The figures include the same accessories as the previously released single figure releases. The set is priced at $39.88 and is expected to ship in November 2020. The set is available exclusively at Walmart, and it can be preorder now by heading over to their website. When his parents were gunned down in front of him, young Bruce Wayne™ resolved to rid Gotham City™ of the criminal element that took their lives. He trained extensively to achieve mental and physical perfection, in addition to mastering martial arts, detective techniques, and criminal psychology. Dressing as a bat to prey on criminals’ fears, Batman™ fights crime with the aid of specialized gadgets and vehicles, operating out of his secretive Batcave™ below Wayne Manor. An insanely homicidal Super-Villain, The Joker™’s white skin, green hair, and blood-red lips belie the chaotic nature underlying his cartoonish appearance. The self-styled Clown Prince of Crime has no superpowers, beyond a capacity for incredible violence and a skill at creating deadly mayhem. He frequently concocts elaborate schemes to entrap his arch-nemesis, Batman™DC GAMING MULTIPACK – ARKHAM ASYLUM BATMAN VS. ARKHAM ASYLUM JOKER.