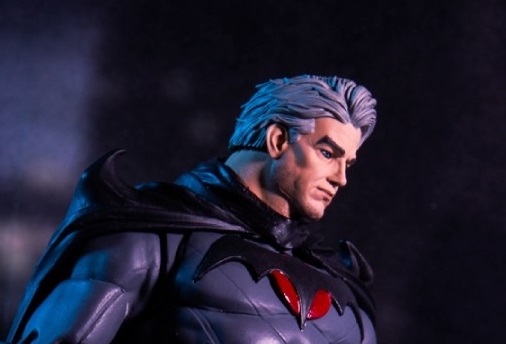 McFarlane Toys has been on a roll with new figures being revealed. As they approach the second year of their licensing deal, there are even more figures on the way. The first figure to show off came to us via a video posted by McFarlane Toys revealing the upcoming Bane figure that will be a Build-a-Figure as part of the upcoming wave. The second figure is a variant of the previously announced Flashpoint Batman. This figure has no mask unveiling the identity of Batman under the mask. Both figures will be available in 2021, and we guess it would be early 2021 based on recent announcements. Stay tuned as more info gets released and we will bring you preorder information when it becomes available.