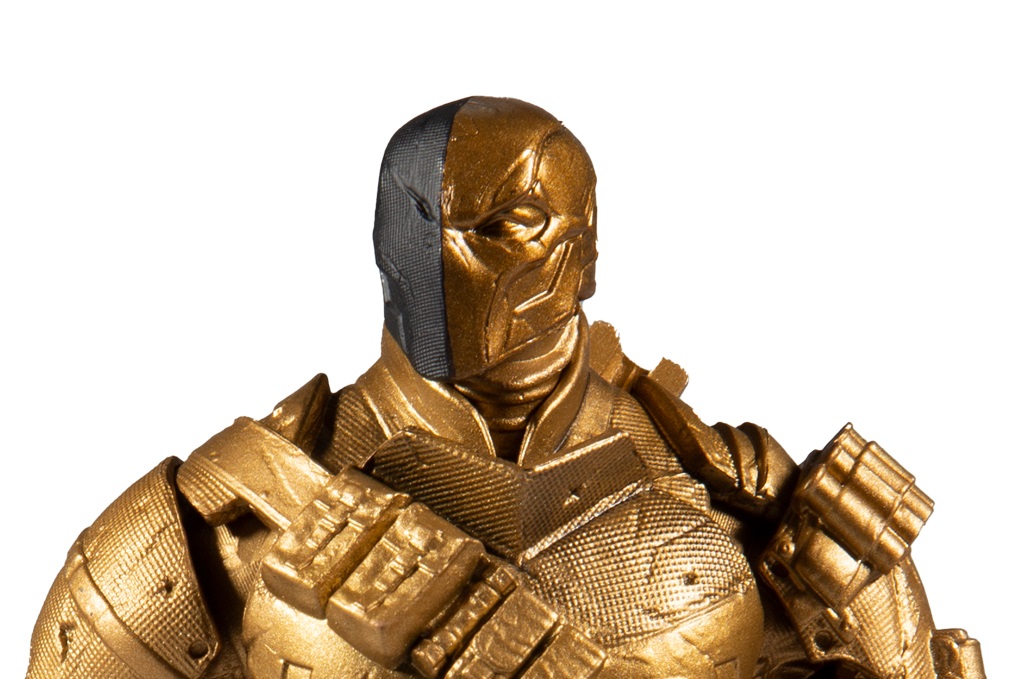 McFarlane Toys has released details for their next bronze chase figures, which includes Batman from Batman: Arkham Knight and Deathstroke from Batman: Arkham Origins. They are the same figures released previously with the same accessories, but are limited and rare to find among the regular non bronze-finished figures. They are priced the same as the regular figures and are starting to roll out to retailers now.