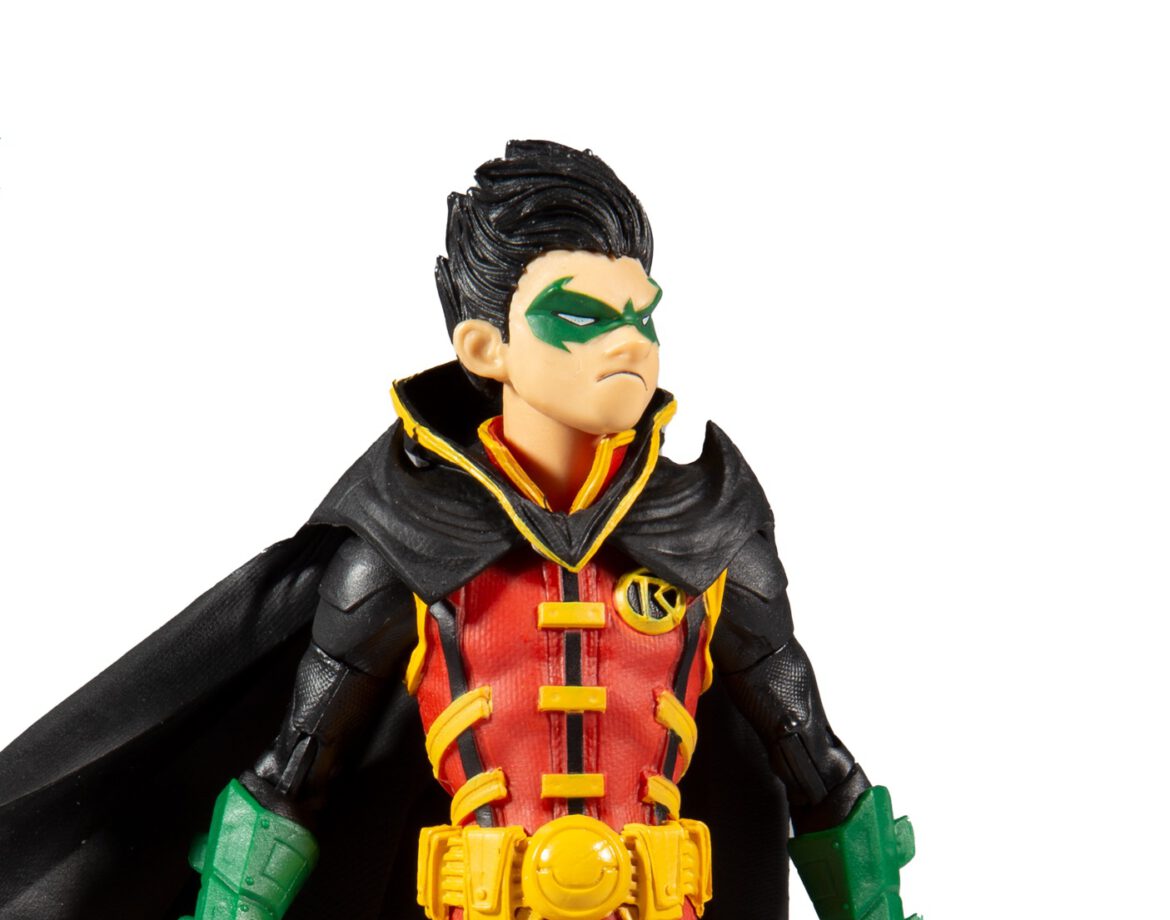 The next wave of DC Multiverse from McFarlane Toys is coming in the next few months. The wave includes Superman from Red Son, Batman from Dark Nights: Death Metal, Robin (Damian Wayne) from the recent Teen Titans comic series, and the Drowned from Dark Nights: Metal. All figures are part of the seven-inch line and come with various accessories. Check out the details below along with preorder details for the TBU characters. All figures are expected to release in early 2021. 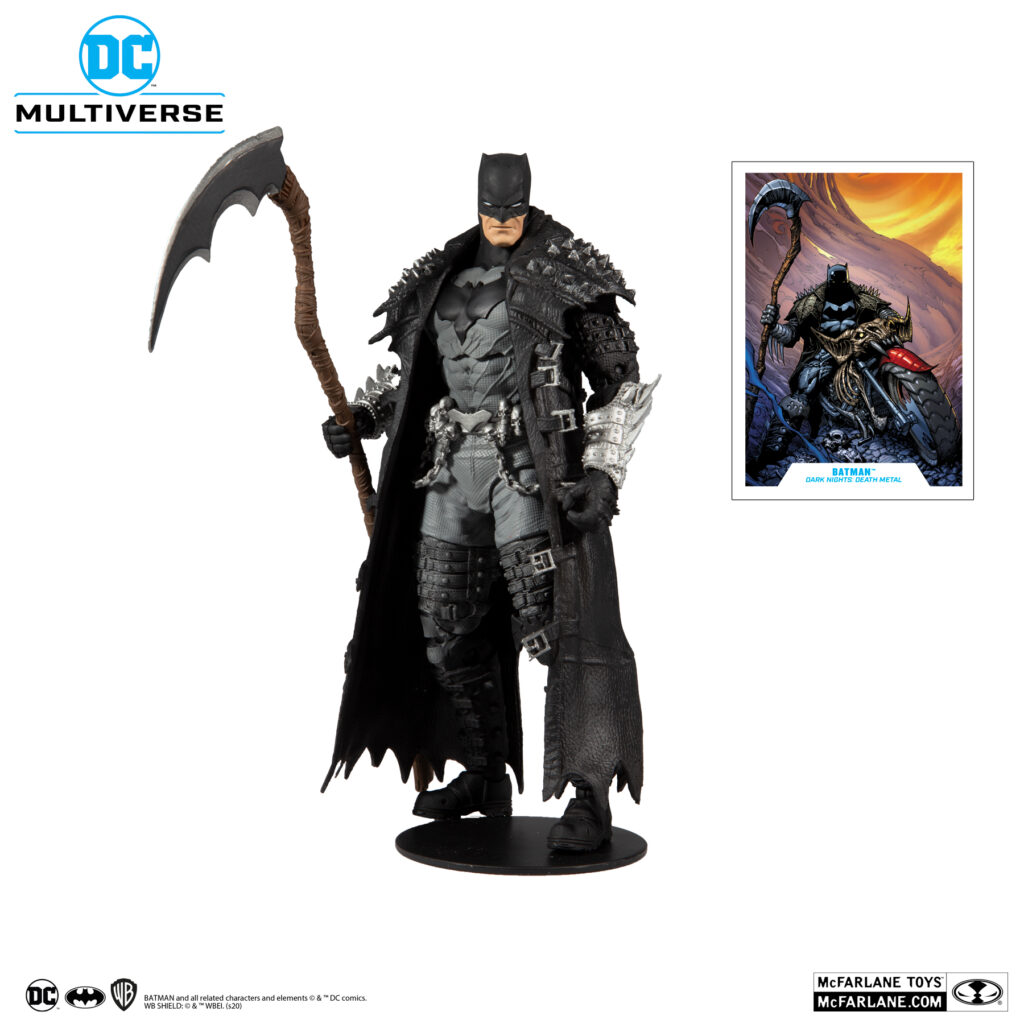 Following the universe-shattering events of Dark Nights: Metal, the Earth is enveloped by the Dark Multiverse and has transformed into a hellish landscape twisted beyond recognition. Willing to sacrifice his own humanity for the greater good, Batman wields an evil Black Lantern power ring, which grants him the power to resurrect the dead. Now, leading an army of zombies and riding a Batcycle made of bones, the Dark Knight wages war against The Batman Who Laughs and his omnipotent goddess, Perpetua, in his mission to save the DC Multiverse!
Incredibly detailed 7” scale figures based on the DC Multiverse. Designed with Ultra Articulation with up to 22 moving parts for a full range of posing and play. Batman is based on the comic book Dark Nights: Death Metal #1 (Comics 2020). Batman comes with a Bat Sickle and base. Includes collectible art card with Batman Dark Nights: Death Metal artwork on front and character biography on the back.
Price: $19.99
Preorder at Entertainment Earth or Amazon 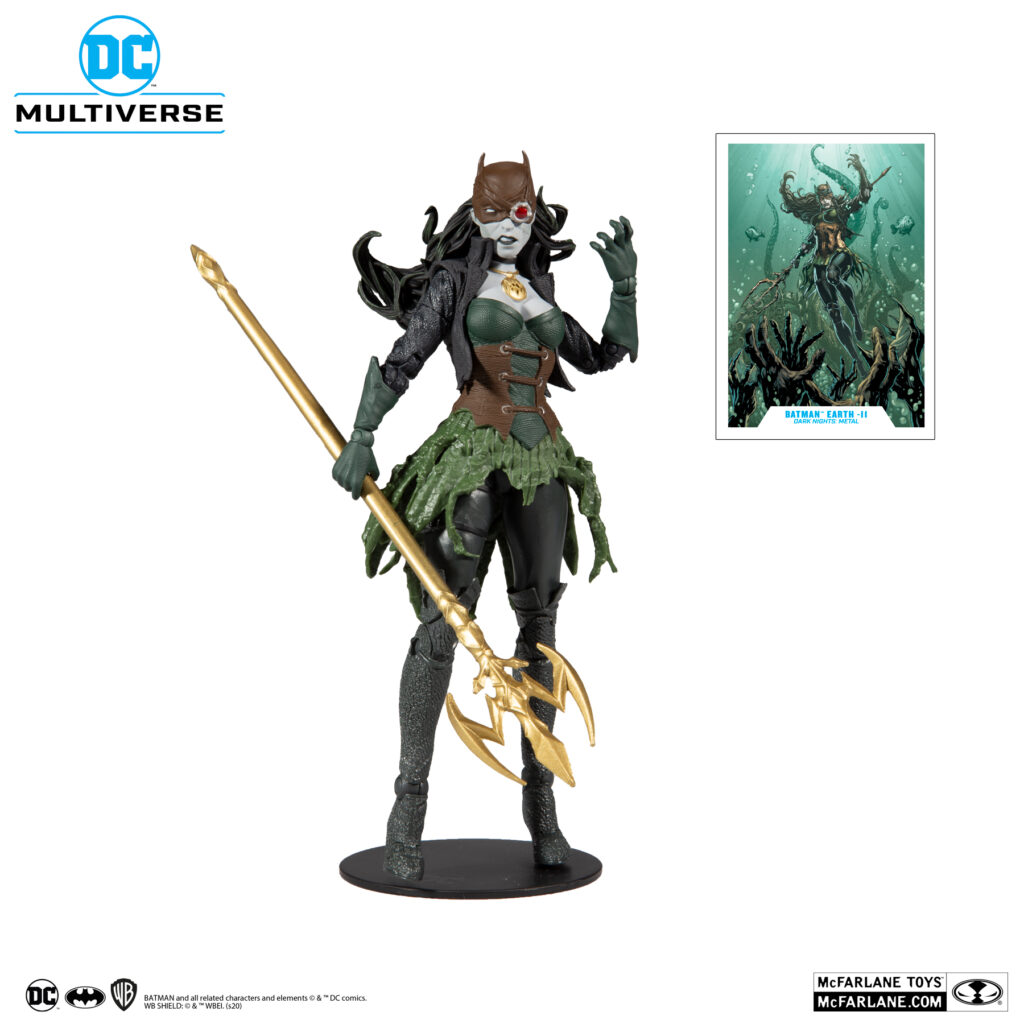 Bryce Wayne of Earth -11 harbored a deep hatred of the Atlanteans for their role in the death of her beloved, Sylvester Kyle. In a quest to avenge Kyle, she spliced her DNA with that of an Atlantean, becoming a super-powered Dark Knight called The Drowned capable of breathing and fighting underwater.
Incredibly detailed 7” scale figures based on the DC Multiverse. Designed with Ultra Articulation with up to 22 moving parts for a full range of posing and play. Batman Earth -11 figure is based on the Comic Batman: The Drowned #1 (2017). Batman Earth -11 comes with The Drowned Trident and base. Included collectible art card with Batman: The Drowned #1 artwork on the front, and character biography on the back.
Price: $19.99
Preorder at Entertainment Earth 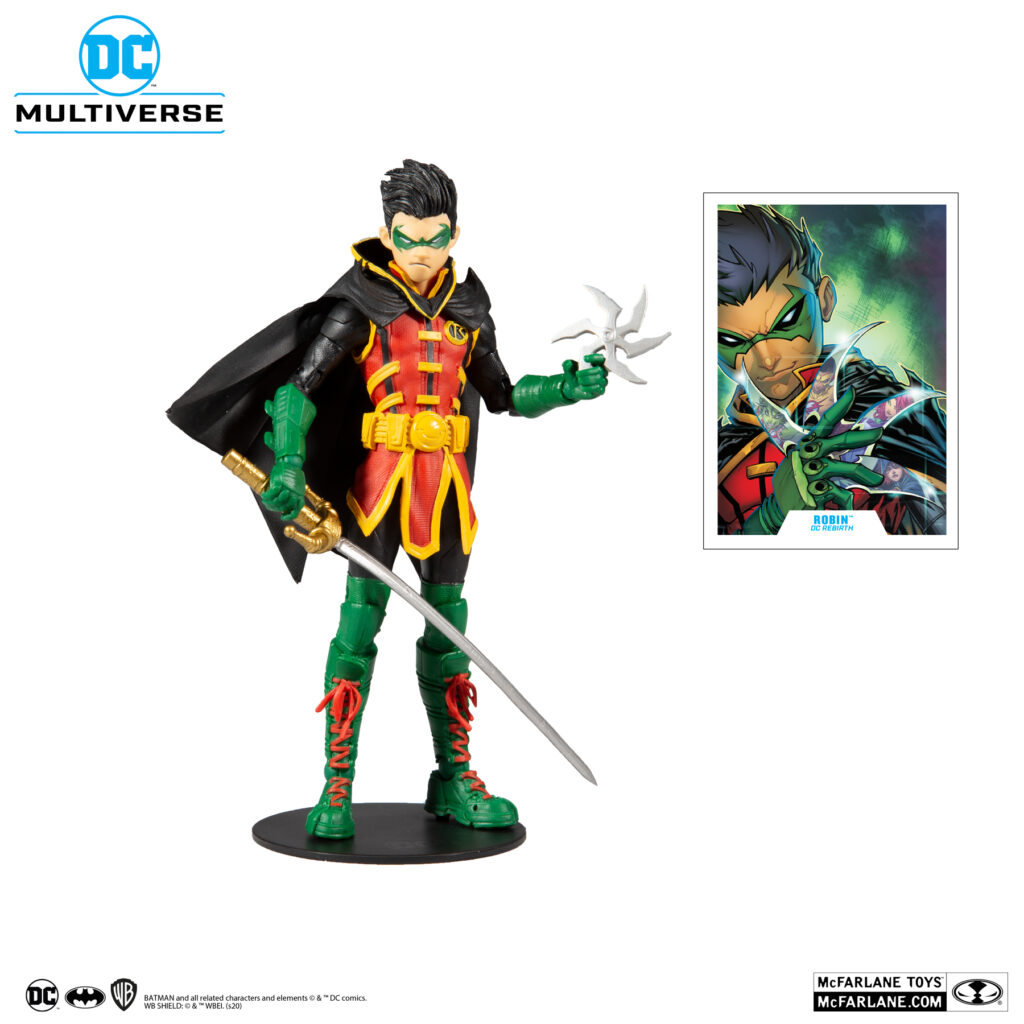 Robin is Batman’s protégé and crime-fighting partner. More than just a sidekick, Robin is an accomplished acrobat, a skilled fighter, and a sharp detective in his own right. Through rigorous and constant training, Robin maintains his physical edge, which, along with his knowledge of martial arts, makes him a formidable match for even the most experienced criminals. Although he does not possess any superpowers, his discipline, training, and intelligence make him the natural leader of the Teen Titans!
Damian Wayne as Robin figure is based on the comic book Teen Titans #20 (Comics 2018). Damian comes with a Batarang throwing star, sword, and a base. Included collectible art card with Teen Titans #20 artwork on the front, and character biography on the back.
Price: $19.99
Preorder at Entertainment Earth or Amazon