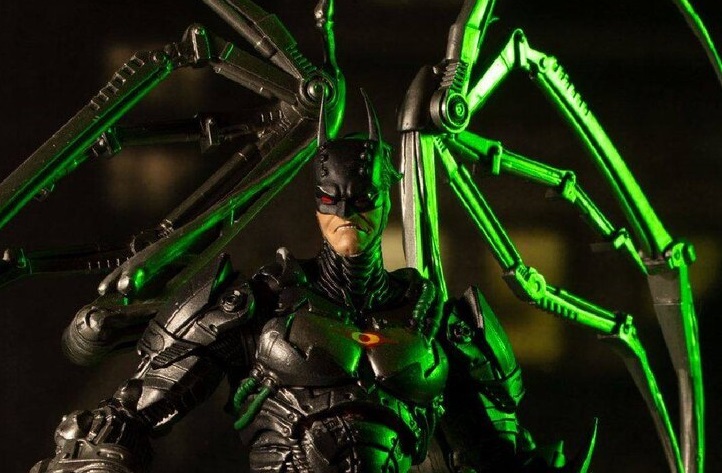 Just over a month ago, McFarlane Toys revealed the addition of Batman Beyond to the DC Multiverse line. What wasn’t revealed is which wave Batman Beyond would be released in and what other characters would release alongside it. That is until now.

Todd McFarlane posted a new video on Facebook showing off the other figures as part of an entire Batman Beyond wave for the DC Multiverse line. The wave will include four figures, each will include a piece to assemble Batman Joker hybrid character from Futures End.

Originally, the Batman Beyond figure was set to be an exclusive for Target, but these additional figures were not mentioned to be Target exclusives. So it is unknown at this time where all the figures will be found. That said, this wave will have a unique release schedule as they are planned to release individually every other month starting in April.

Starting in April, the first figure will be the previously announced Batman Beyond figure. June will bring a figure based on Shriek. Batwoman Beyond, who made her debut in the last ongoing comic series, is planned for August. And rounding out the wave is Blight, which is planned for October.

Below are some early images of the figures that were shown off during the video McFarlane released. More word on the figures and release plans will be coming in the months ahead. Are you looking forward to some seven-inch figures based on the world of Batman Beyond?