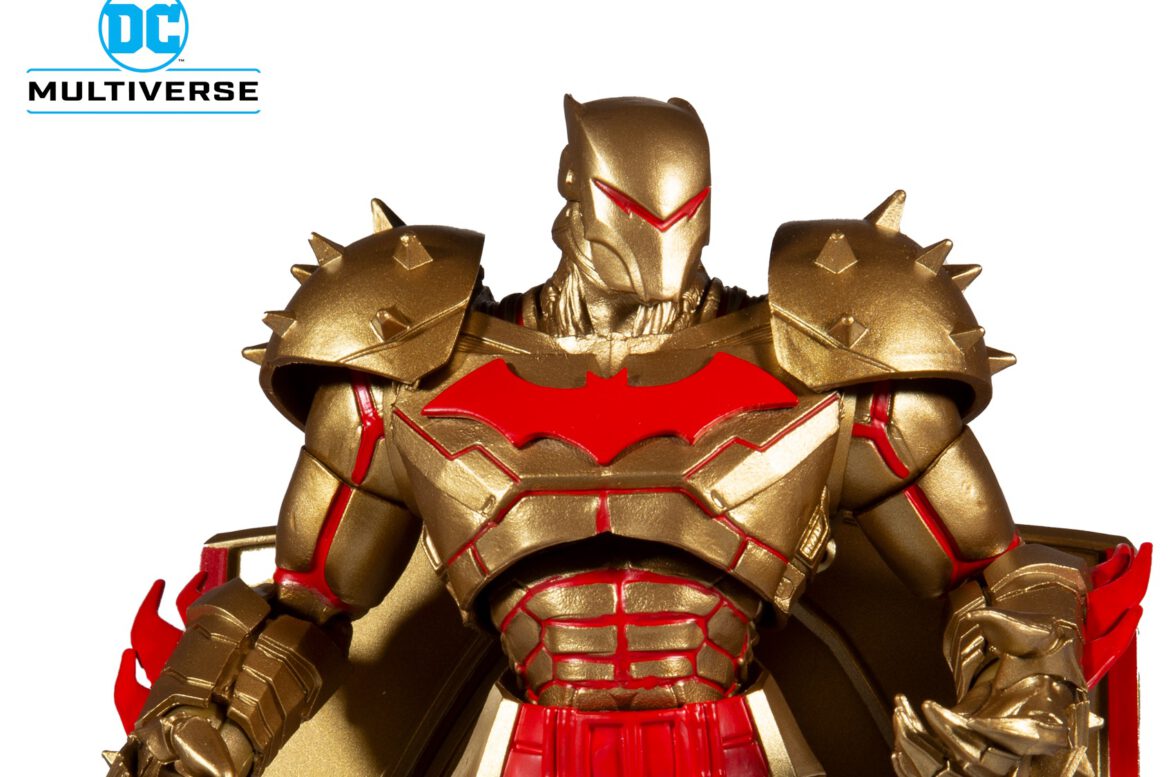 McFarlane Toys has released details for another variant of a previously released figure as part of the DC Multiverse line. This time it features Batman in a golden Hellbat suit based on the figure previously released as part of the first wave of figures. As with the original release, it features twenty-points of articulation and foldable wings. It is priced at $24.99 and is expected to ship in April 2021. You can preorder the figure at GameStop or Entertainment Earth now.

After losing his son Damian—a.k.a. Robin—Batman eventually found temporary peace, until Damian’s body was stolen and taken to the fiery planet of Apokolips. Determined to bring Damian back to life, Batman dons the experimental Hellbat suit (forged by the other members of the Justice League) and ventures to the hellscape of Apokolips to take on the virtually indestructible ruler Darkseid!