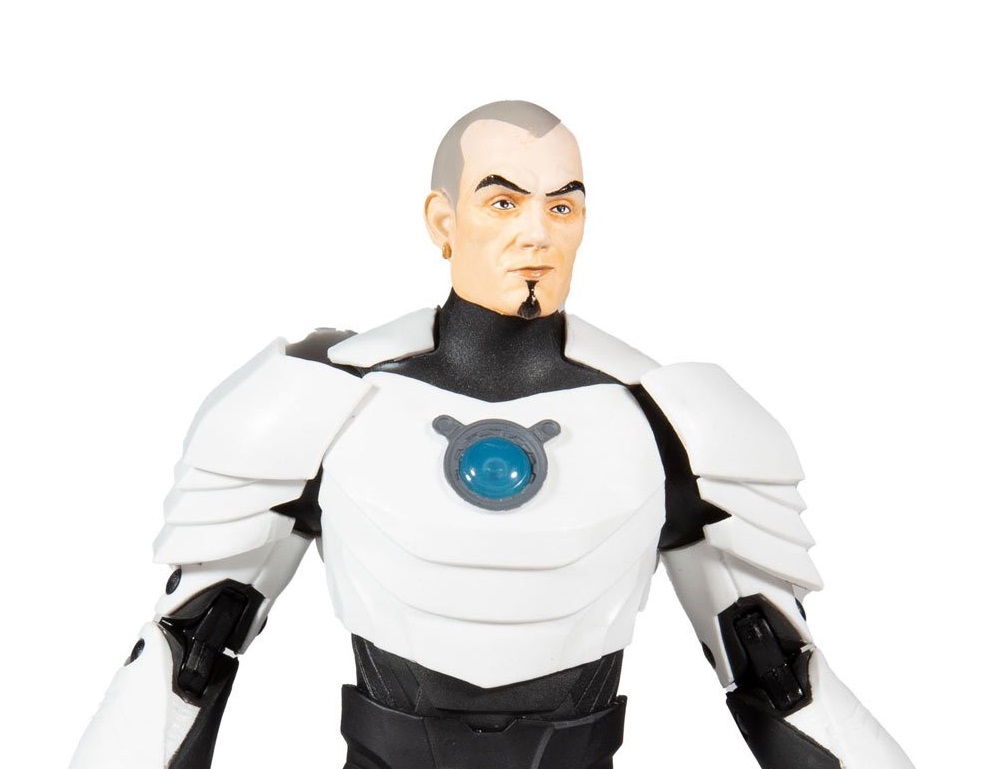 As first revealed back in March, the latest figure from the DC Multiverse line from McFarlane Toys is coming with the unmasked version of Shriek. As part of the current extended Batman Beyond wave that is spread over multiple months of release, this version of the character feature no mask (making it different from the Target exclusive version of the figure), and two soundwave accessories compared to the other variant that came with one. It is priced at $19.99 and is expected to ship in August 2021. You can preorder the figure at Entertainment Earth and Amazon. 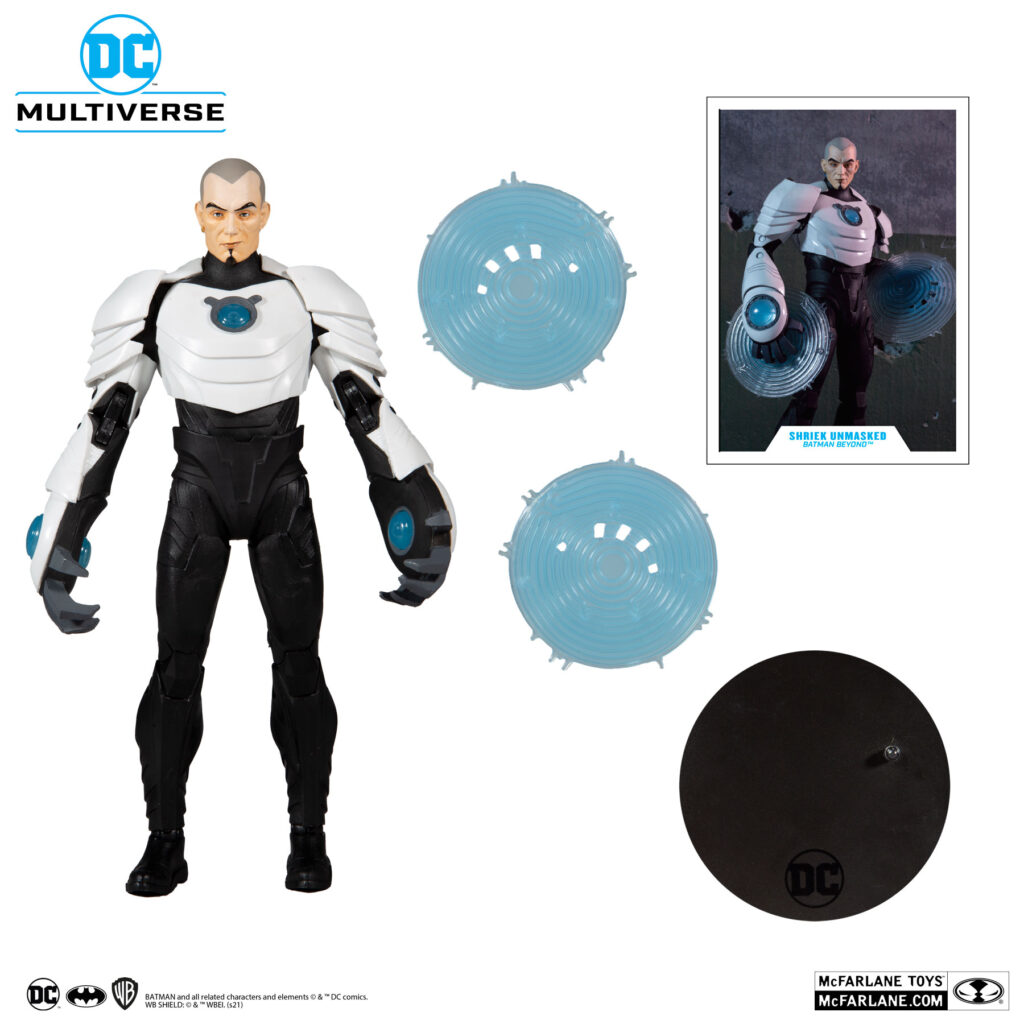 Walter Shreeve was a skilled audio engineer living in Neo-Gotham, trying to fund his research in the field of sonics. Unable to do so, Shreeve used his highly advanced sound technology to build an armored suit capable of demolishing buildings with sonic blasts. Going by the name Shriek, he was soon hired to destroy Batman and nearly succeeded, but lost his hearing in the ensuing battle. He was then sent to Blackgate Penitentiary where he was able to continue his research behind bars. Since then, Shriek has managed to break out on occasion, each time seeking revenge against Batman and wreaking havoc on the citizens of Neo-Gotham!

Product features: Incredibly detailed 7” scale figures based on the DC Multiverse. Designed with Ultra Articulation with up to 22 moving parts for a full range of posing and play. Shriek is featured unmasked and is based on his look in the Dark Batman Beyond Comic. Shriek comes with two sound waves, an art card, and a base.