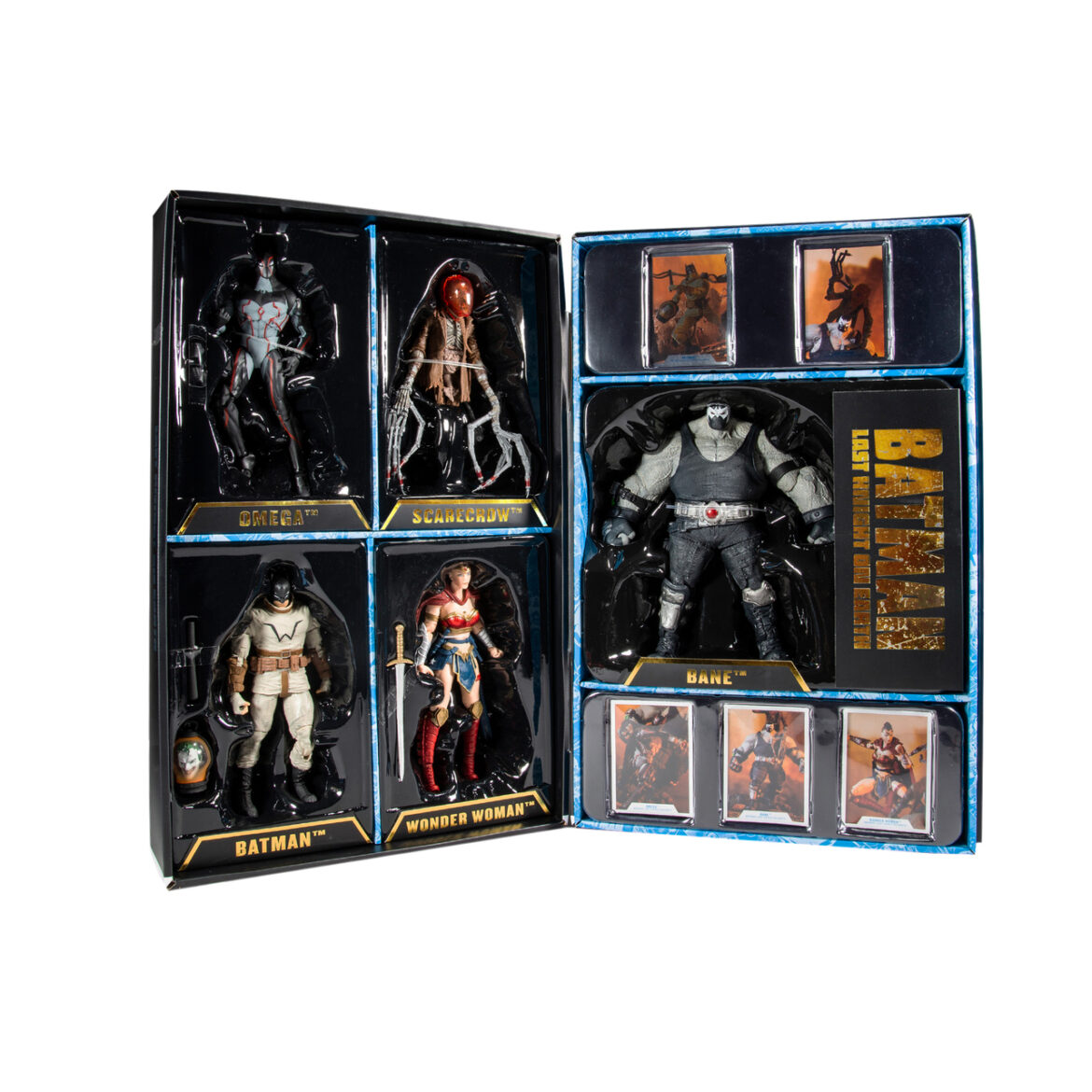 Just last week, we brought word that McFarlane Toys would be opening their very own online store and now the first exclusive has arrived in the form of a Batman: Last Knight on Earth set. The set includes the entire wave of the recently released build-a-figure wave featuring versions of Bane, Batman (and Joker’s head), Wonder Woman, Scarecrow, and Omega. The seven-inch figures come with accessories, stands, and collectable cards in a special case. It is priced at $124.99 and is expected to ship in October 2022. You can preorder yours exclusively at the McFarlane Toy Store. 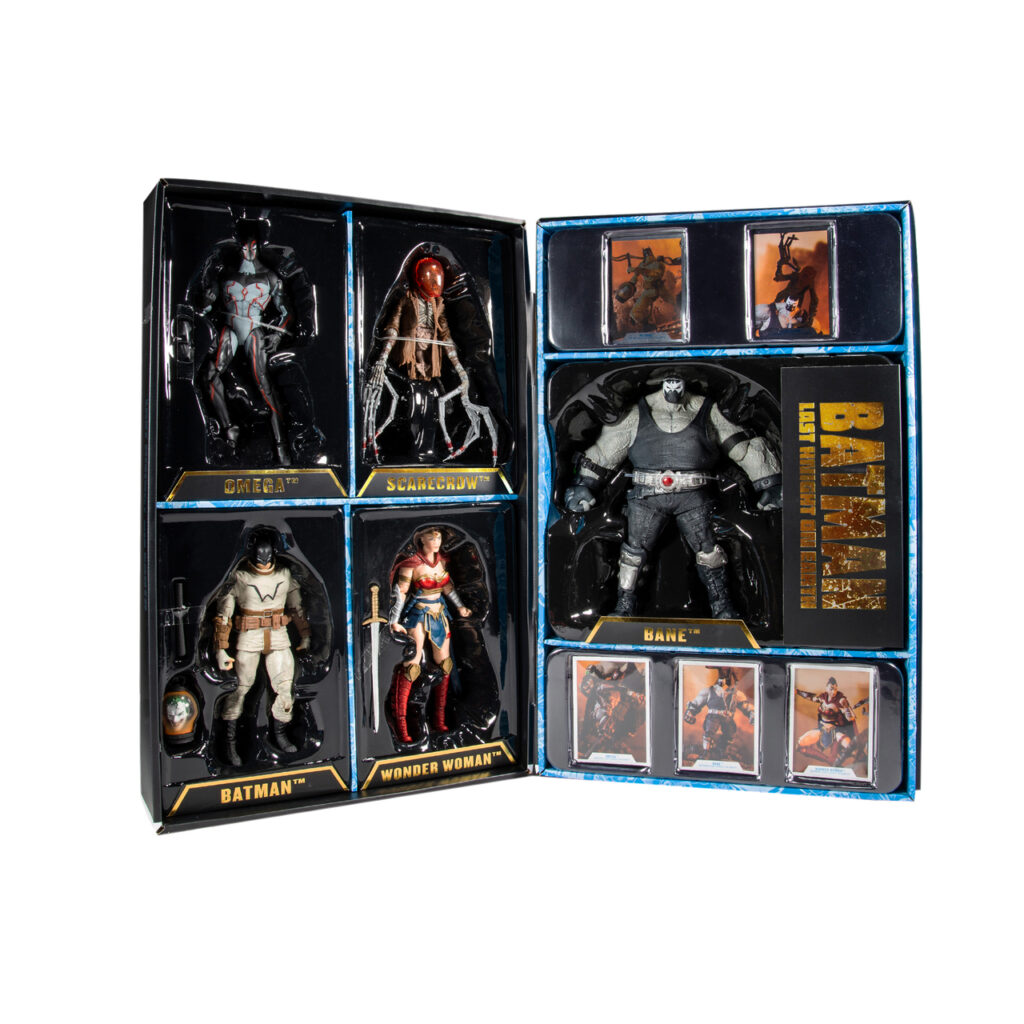 McFarlane Toys Store Exclusive 5-Pack Boxed Set includes DC Multiverse 7” Figures of Batman, Omega, Scarecrow, Wonder Woman, and Bane. Exclusive 5-Pack Boxed Set packaging Includes gold and silver foil stamping. New Exclusive collectible art cards for each character including Bane. Figures are based on the comic book Batman: Last Knight on Earth #1 (Comic 2019). Designed with Ultra Articulation with up to 22 moving parts for full range of posing and play. Batman Last Knight on Earth #3 comes with a baton, lantern holding Joker’s head, and base. Omega comes with alternate hands and a base. Scarecrow comes with alternate hands and flight stand. Wonder Woman comes with a sword and a base.