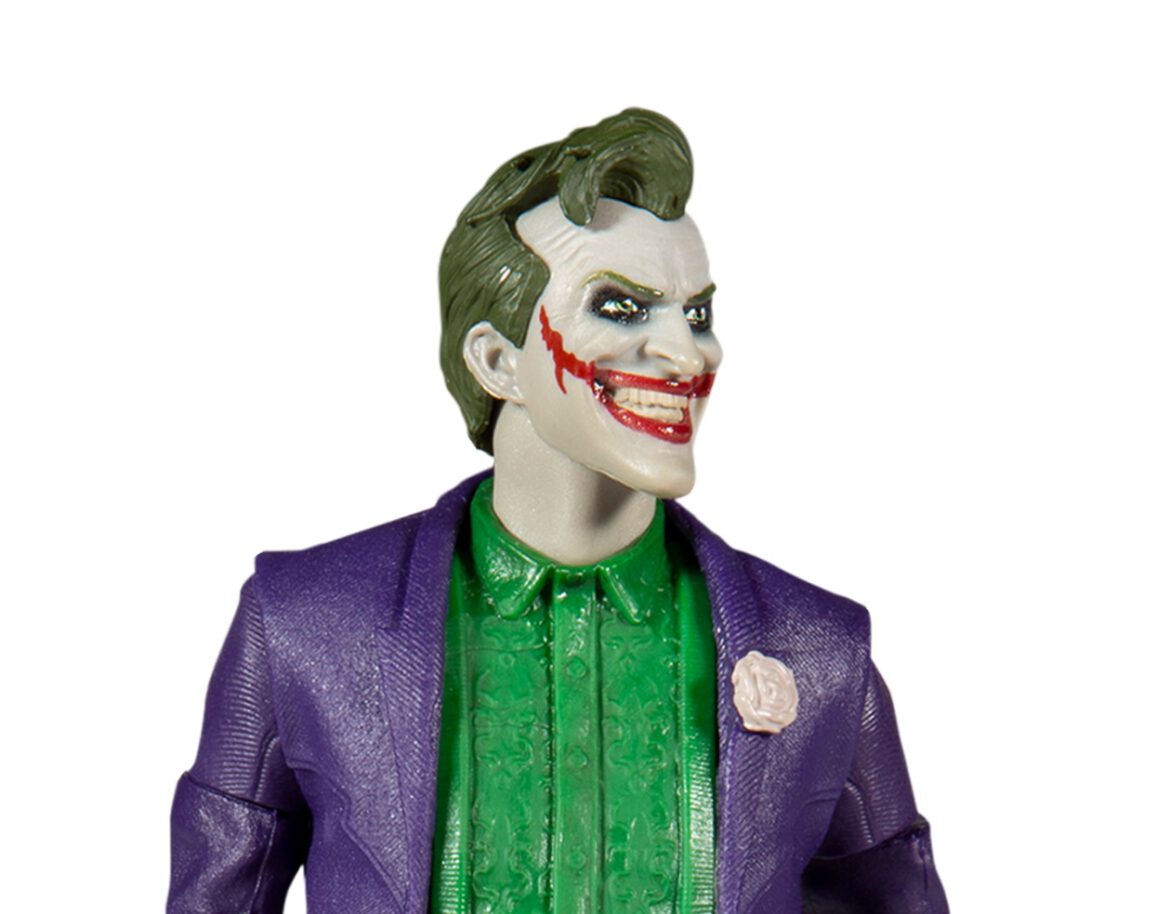 McFarlane Toys has released details for their latest Mortal Kombat figures, which includes Joker from Mortal Kombat 11. This figure is technically not a DC Multiverse figures, but the figure comes in the same scale as the typical DC Multiverse figures. It is based on the appearance of the Joker in a DLC pack from Mortal Kombat 11 which was originally released in August 2019. The seven-inch scaled figure features twenty-two points of articulation and includes a knife and cane accessories, and a base. It is priced at $19.99 and is expected to ship in November 2021. You can preorder the figure at Entertainment Earth.

Unpredictable, violent, and incredibly dangerous, The Joker is chaos personified. He’s killed a Robin, crippled Batgirl, and tortured and murdered countless people throughout the DC universe. And now, he’s the latest Kombatant to join in Mortal Kombat.

Product Features: Incredibly detailed 7” scale figure based on the Mortal Kombat Franchise. The Joker is featured in his Killer Smile Skin as seen in the video game Mortal Kombat 11. Designed with Ultra Articulation with up to 22 moving parts for a full range of posing. The Joker includes a knife, his cane, and a base. The figure is showcased in Mortal Kombat themed window box packaging. Collect all additional McFarlane Toys Mortal Kombat Figures.