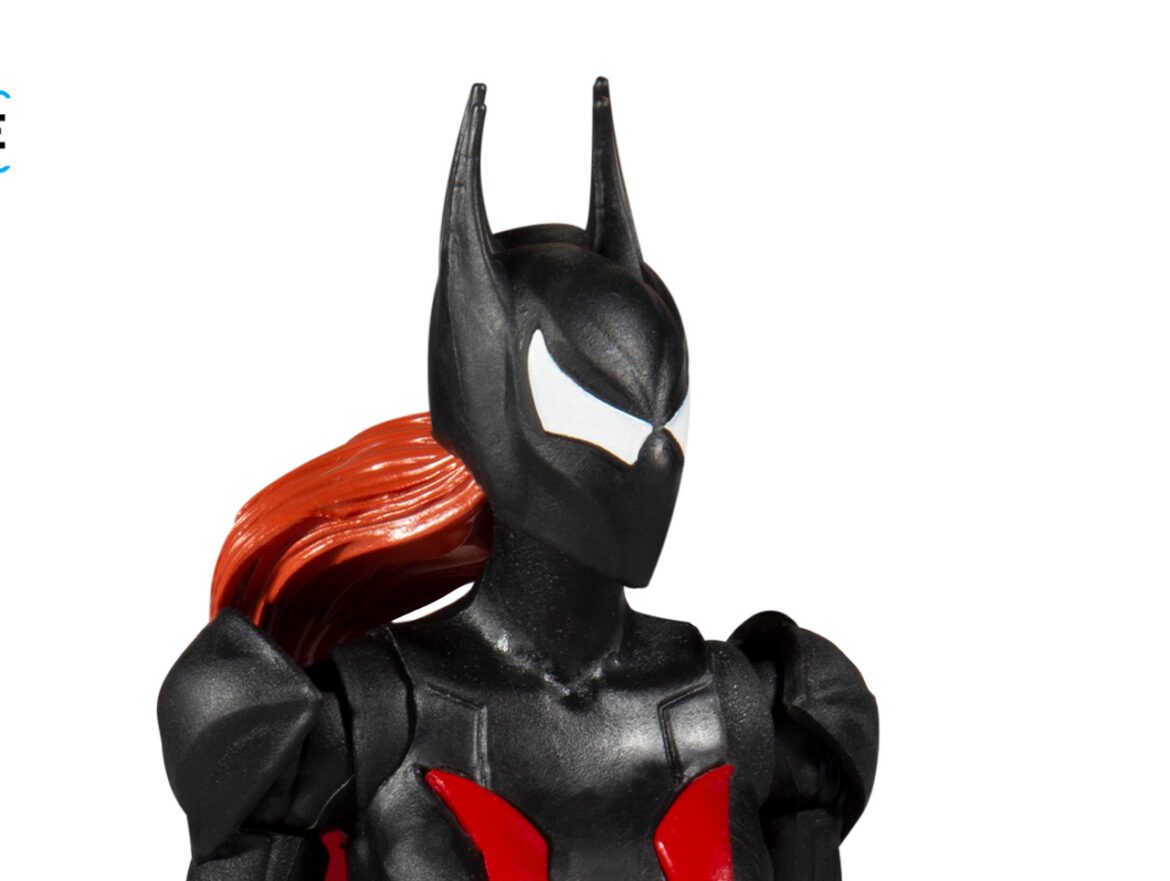 McFarlane Toys has released details for their latest Batman Beyond figure, which features the build-a-figure Batwoman. Based on her appearance in the Batman Beyond comics series, this Target exclusive figure includes the legs for the Jokerbot. The seven-inch scale figure features twenty-two points of articulation, alternate hands, two Batarangs, a base, and a collectible art card in addition to the build-a-figure parts.  It is priced at $24.99 and is expected to ship in October 2021. You can preorder the figure by heading directly over to Target.

When Batman (Terry McGinnis) disappears after losing his memory and having his identity stolen by False Face, Dick Grayson’s daughter Elainna tracks down the Batsuit and takes it for herself. Going against her father’s wishes, she then becomes Neo-Gotham’s newest Super Hero, but does her best to keep her identity a secret from him. Eventually, her father finds out, but it’s too late, the city has a new protector: Batwoman!

Product Features: Incredibly detailed 7” scale figure based on the DC Multiverse. Designed with Ultra Articulation with up to 22 moving parts for a full range of posing and play. The Batwoman figure is based on her look in the Batman Beyond Comic. Batwoman includes alternate hands, two Batarangs, and a base. Included collectible art card with Batwoman figure photography on the front, and character biography on the back. Figure from the Batman Beyond Build-a line includes 1 of 4 pieces that combine to assemble Batman (Jokerbot) from Futures End. Collect all McFarlane Toys DC Multiverse Figures.