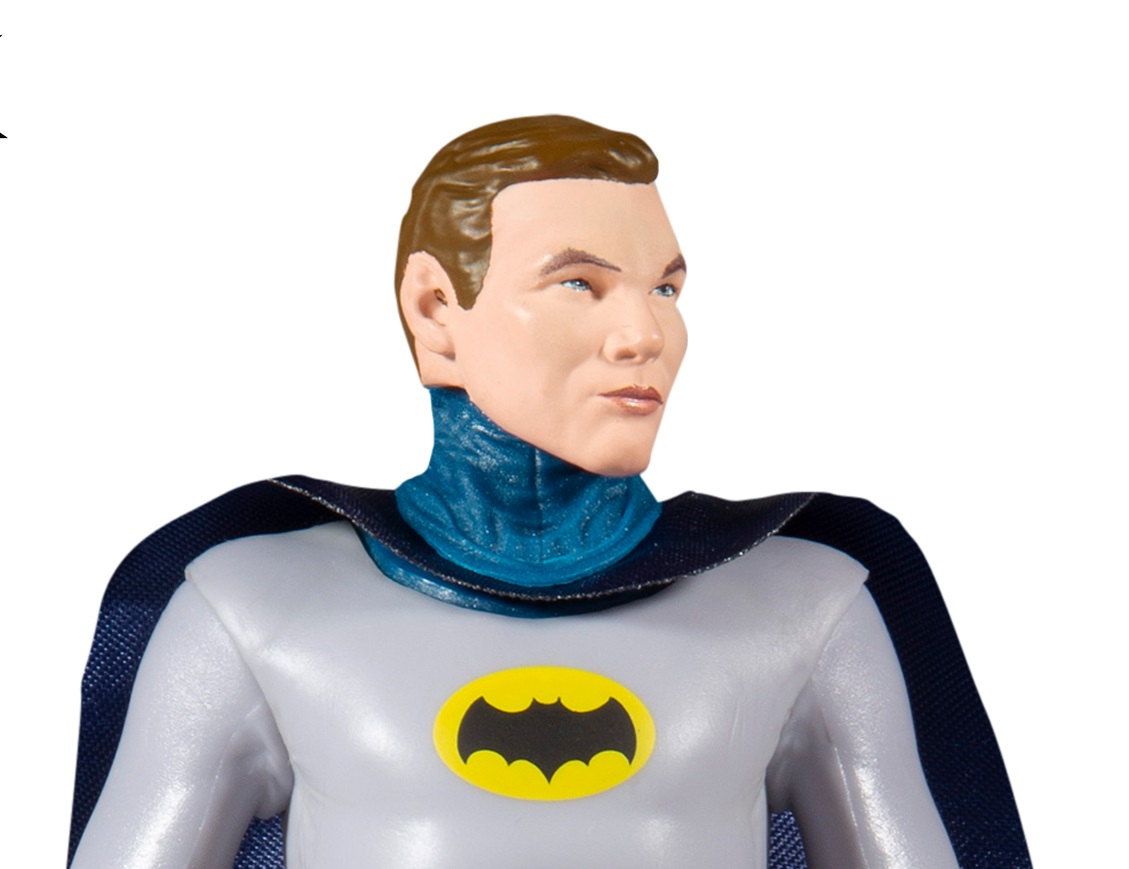 Back in July, McFarlane Toys announced a new line of figures featuring the DC Universe called DC Retro and now the first additional figure has been revealed in the form of an unmasked Batman variant. Batman from the Batman ’66 series comes without his cowl with the same action word accessories as his masked counterpart. The six-inch figure comes in a standard bubble package. The figure is priced at $17.99 and is expected to ship in October 2021. Just as the other pieces in the DC Retro line, this new figure is available exclusively at Target and can be preordered now.

Kapow! The debonair millionaire Bruce Wayne may seem like your average cool cat, but you would be wrong! With the flip of a Shakespeare head bust and… to the Batcave! Gotham City is filled with a rogue’s gallery of criminals eager to unmask the Batman, but they are thwarted by the Caped Crusader’s own clever ways.