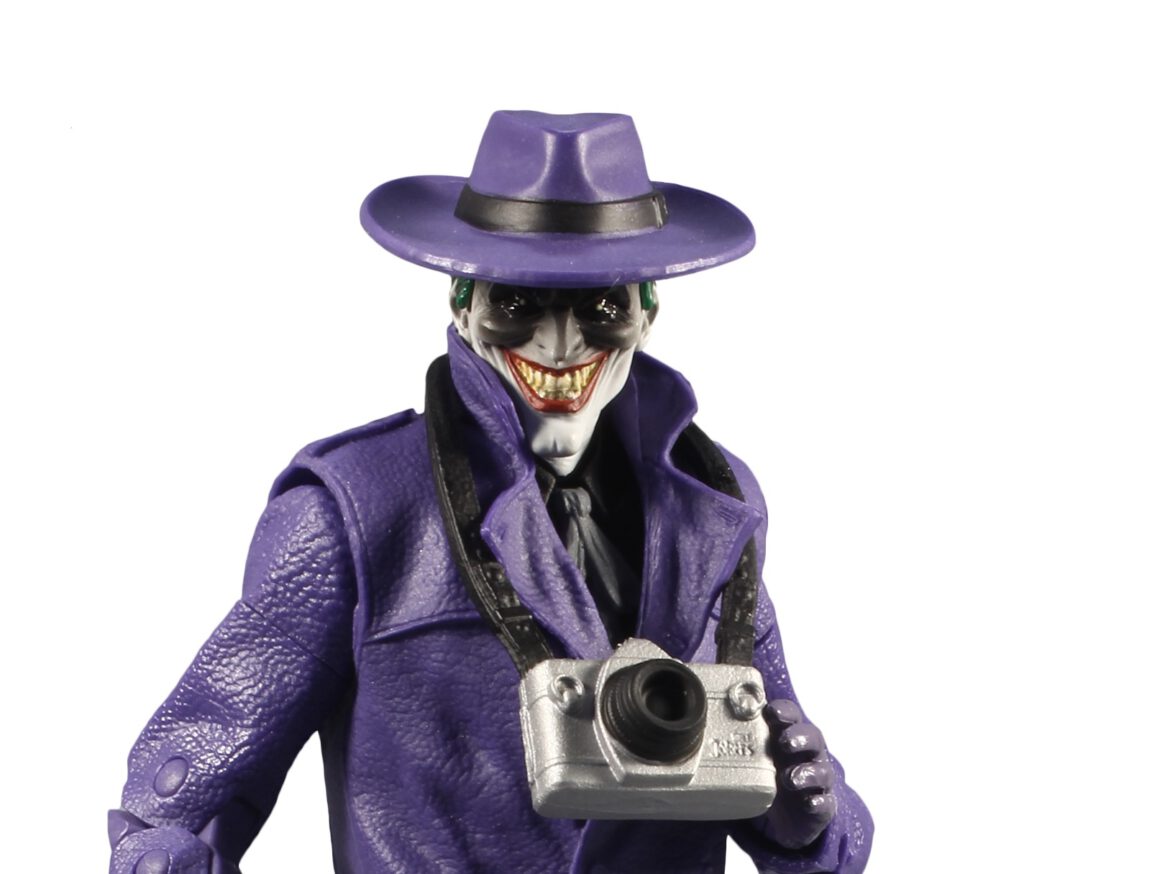 In a quick update to our news from late last month, the comedian Joker as part of the McFarlane Toys Batman: Three Jokers wave has now been fully revealed. The final Joker features the comedian version of Joker from Batman: Three Jokers and more specifically is the Joker featured in Batman: The Killing Joke. The seven-inch figure includes a camera, crowbar and base, and a collectible art card. It is priced at $19.99 and is expected to ship in early December 2021. You can preorder the figure exclusively through Gamestop.

Once a small-time crook, The Joker fell into a vat of chemicals that turned his skin white, his hair green, and his lips red—like a crazed clown. His crimes always involve pranks and jokes ending with twisted punchlines that are only funny to The Joker. He may look like he’s clowning around, but this guy is bad news for Batman and Gotham City! In a stunning turn of events, Batman has learned that there are, in fact, three versions of The Joker operating in Gotham City. This one, known as “The Comedian” among the trio, is far more clever than his counterparts and harbors the hopes of becoming Batman’s one true tormentor.

Product Features: Incredibly detailed 7” scale figure based on the DC Multiverse. Designed with Ultra Articulation with up to 22 moving parts for a full range of posing and play. The Joker: The Comedian is based on his look in the Batman: Three Jokers Comics. The Joker includes a camera, crowbar, and a base. Included collectible art card with figure photography on the front, and character biography on the back. Collect all McFarlane Toys DC Multiverse Figures.