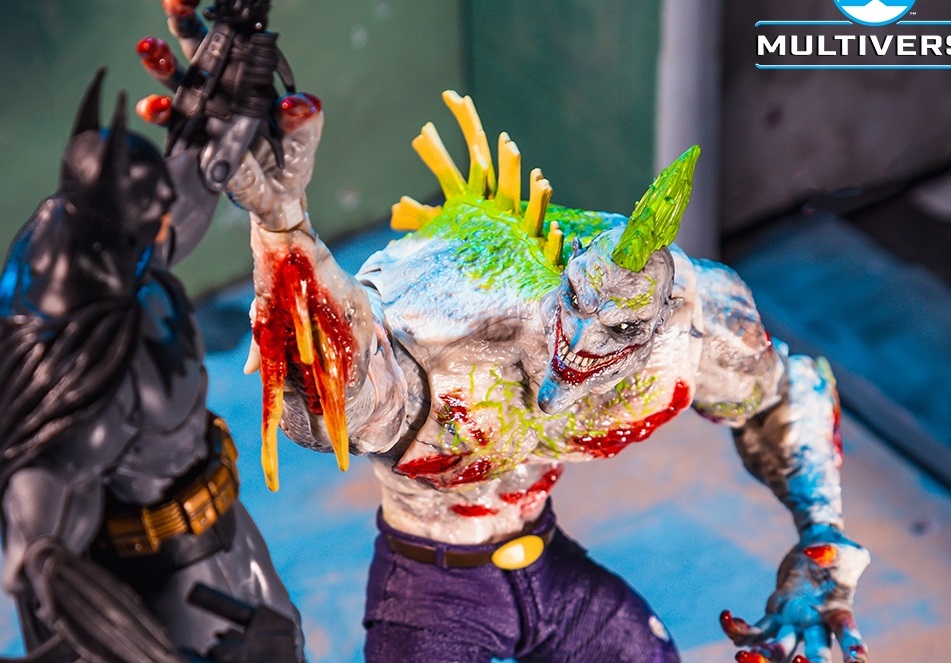 While most news halts for about two weeks around the holidays, McFarlane Toys decided to use the holiday season to gift fans with a number of reveals for the DC Multiverse line. All of these reveals came at various points over the past week or so, but there are a lot of reveals that deal with the Batman Universe. 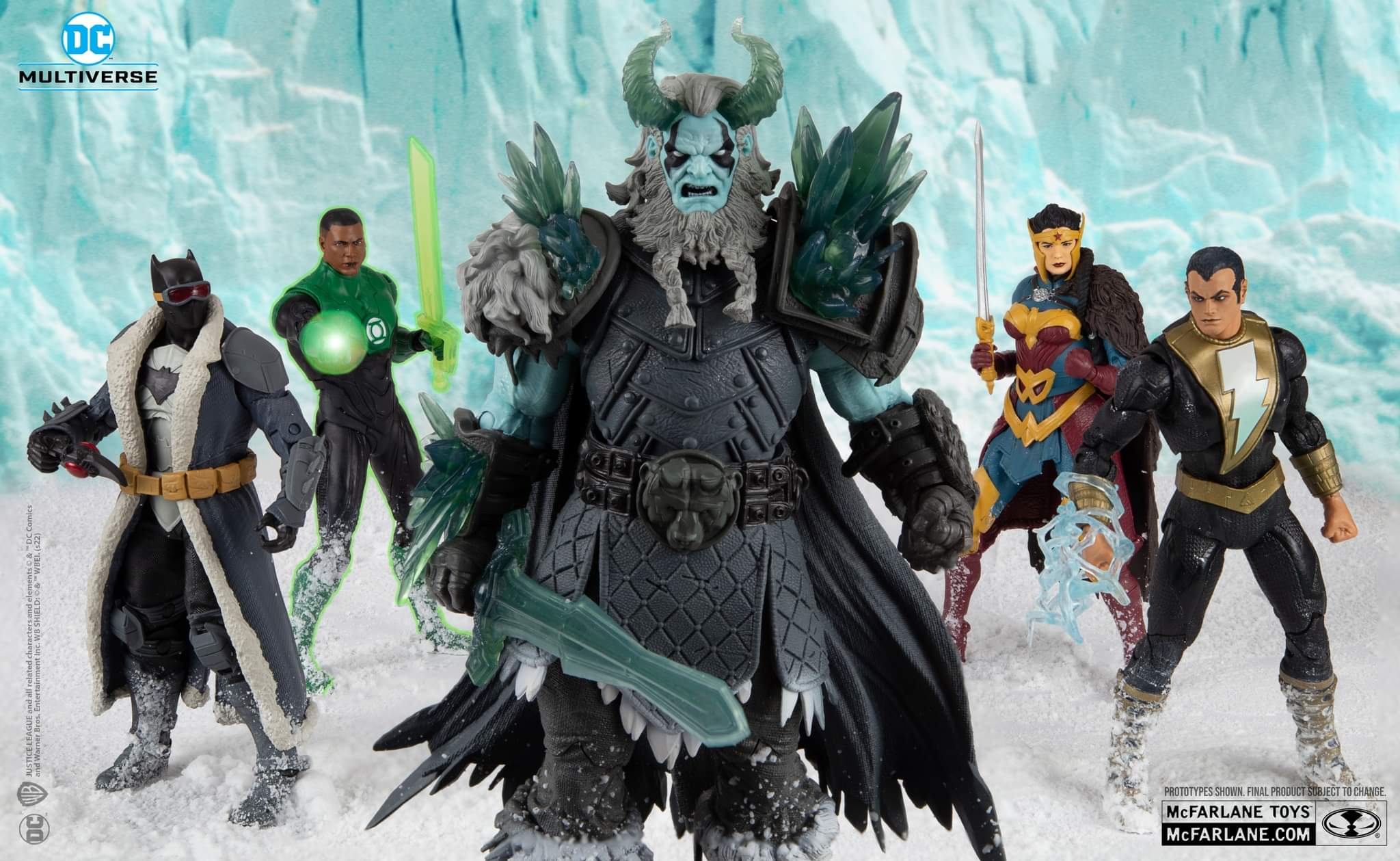 First up, is a confirmation of a wave we mentioned during our last DC Multiverse rumor article. There will be a DC Endless Winter wave which will also be a build-a-figure wave. Batman is included along with Black Adam, Wonder Woman, and John Stewart’s Green Lantern. The build-a-figure will be Frost King. 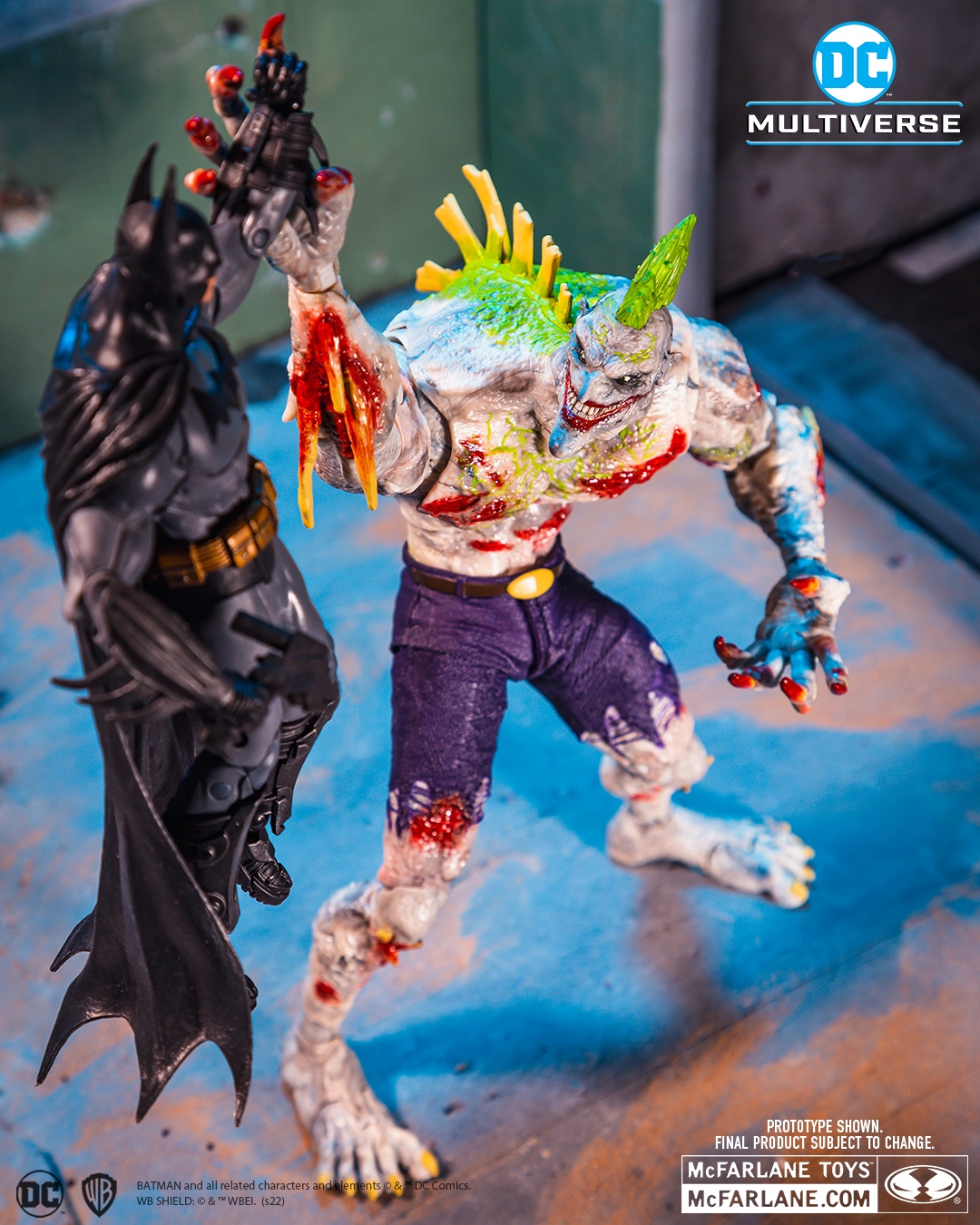 Next, we jump over to the gaming side of things. McFarlane Toys teased a new Megafig featuring the Titan Joker from Batman: Arkham Asylum. Typical Megafigs cost around $50 and are slightly harder to find due to their size in mass retail. 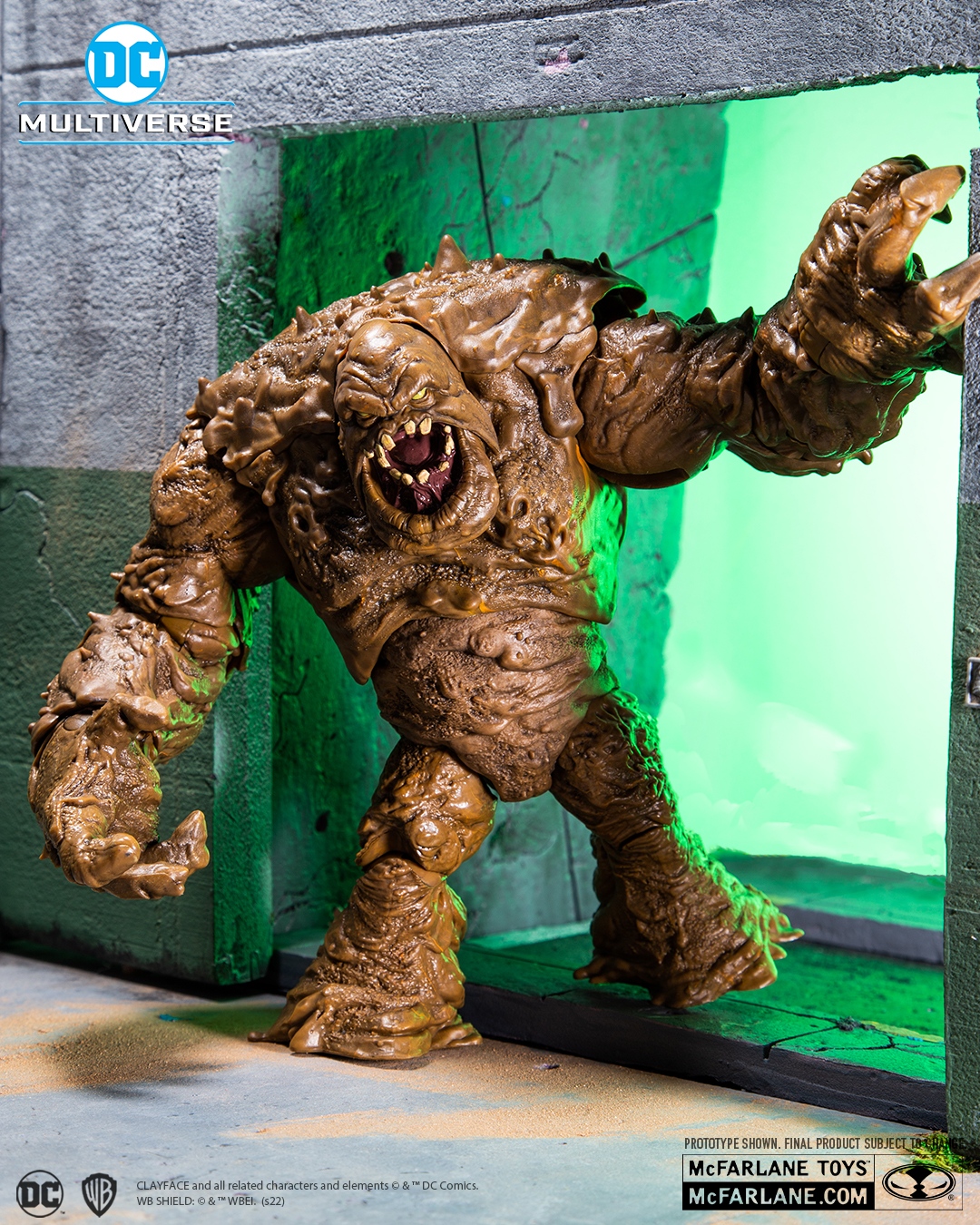 Then another Megafig was revealed featuring Clayface. It is said that this is based on the DC Rebirth version of the character, but the image shown doesn’t exactly make it easy to tell the difference between different versions. It is nice to see this character get not only representation in the line, but in the larger scale. 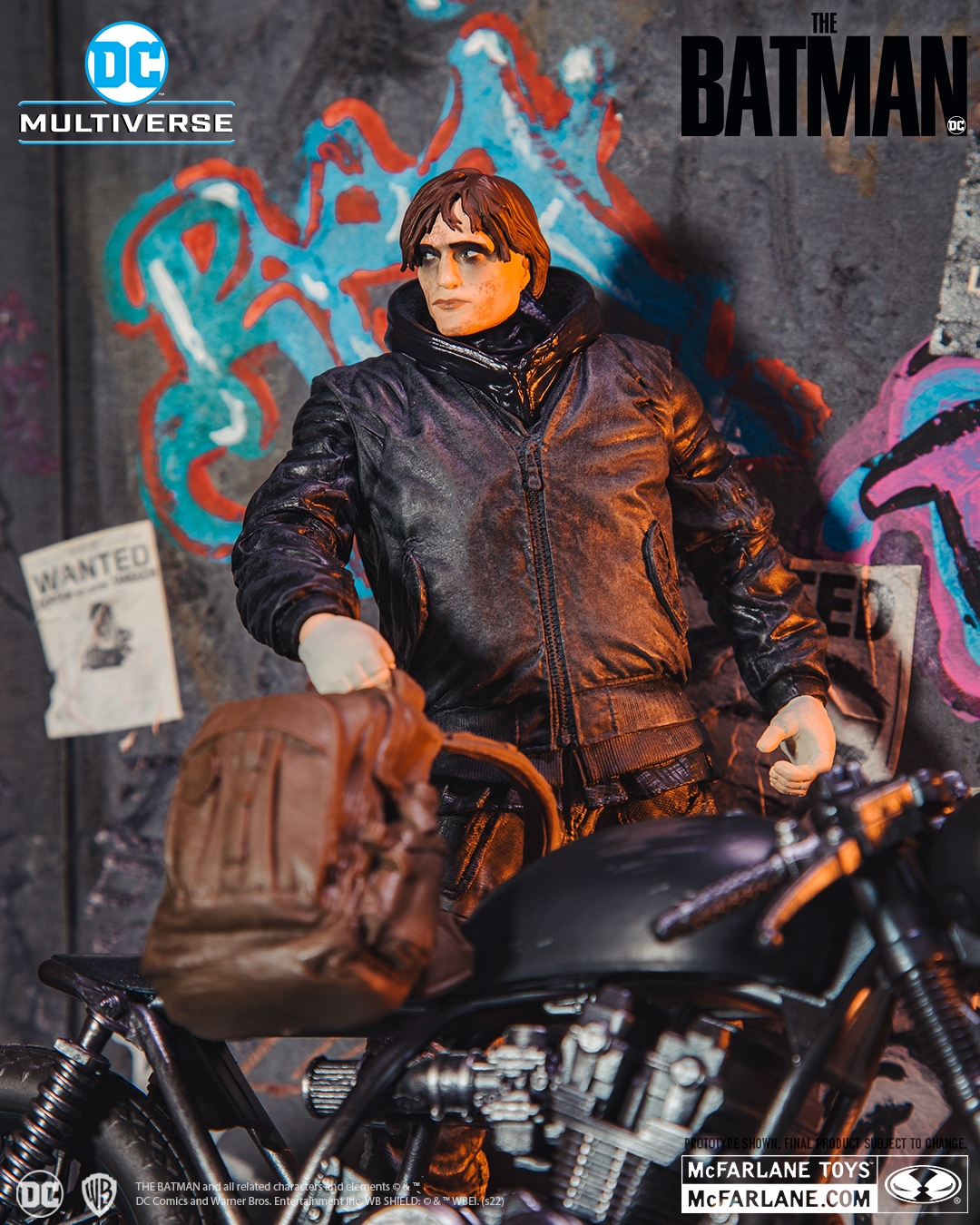 Finally, there is another figure for The Batman. But not just a figure, but another vehicle as well. The new figure is the drifter version of Bruce Wayne that was seen in the last trailer and also featured in one of the LEGO sets released for the film. This version of Bruce Wayne is teased alongside another motorcycle as well. At this point, you have to start thinking of which other characters from the film get released, and one glaring character missing is Penguin. You could also expect James Gordon and possibly a different version of either Catwoman or Riddler to round out a second wave.

At this point, there are new reveals for DC Multiverse figures from McFarlane Toys all the time. The line is getting larger and we can expect to see a lot more characters represented with a ton of new films in 2022 alongside everything else featuring the DC characters. Which character are you hoping gets made sooner rather than later?