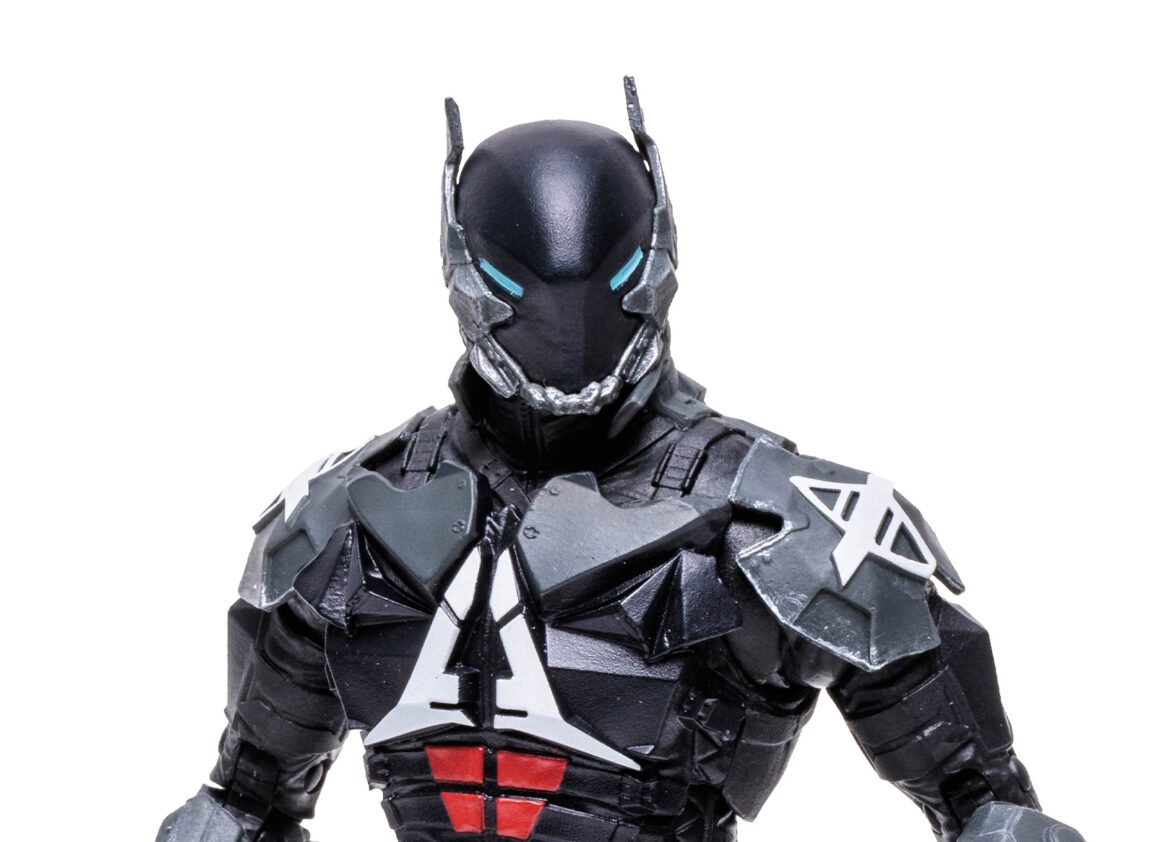 McFarlane Toys has a DC Gaming figure from the DC Multiverse line featuring the Arkham Knight from Batman: Arkham Knight. The seven-inch figure features twenty-two points of articulation, a grapple launcher, smoke grenades, the standard display base, and a collector card. It is priced at $19.99 and is expected to ship in May 2022. You can preorder the figure at Entertainment Earth, Amazon, or Gamestop.

Besides the discovery of a militia training facility in South America, virtually nothing is known of the Arkham Knight until his arrival in Gotham City where he quickly earned himself a fearless reputation amongst the city’s leading criminals. Working together with Scarecrow, he has sworn to destroy Batman and will stop at nothing until he is defeated.

Product Features: Incredibly detailed 7” scale figure based on the DC Multiverse. Designed with Ultra Articulation with up to 22 moving parts for a full range of posing and play. Arkham Knight is featured in his outfit from the Video Game Batman: Arkham Knight. Arkham Knight comes with 2 smoke grenades, a grapple launcher, and a base. Included collectible art card with figure photography on the front, and character biography on the back. Collect all McFarlane Toys DC Multiverse Figures.