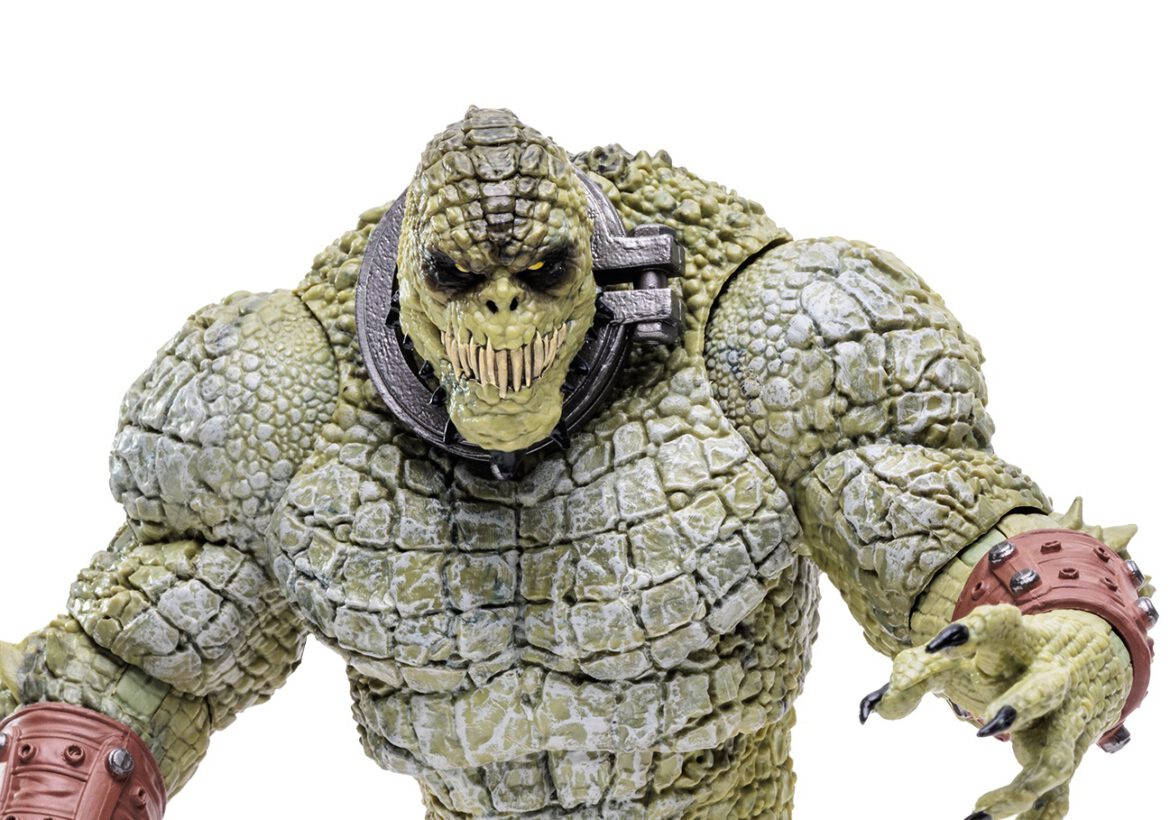 McFarlane Toys have announced a new DC Multiverse megafig featuring Killer Croc from Batman: Arkham Asylum. Killer Croc is in scale with the seven-inch figures but is larger in size. The figure features twenty-points articulation and comes with a base and a collector card. It is priced at $39.99 and is expected to ship in August 2022. You can preorder the megafig at Entertainment Earth, Amazon, or GameStop.

Born with a rare mutation that made his skin green and scaly and grew his body to grotesque proportions, Waylon Jones was raised by an abusive aunt and bullied relentlessly for his appearance. He briefly worked as a carnival freak under the name Killer Croc, but his misanthropy grew as did his beast nature, pushing him to a life of crime. As his physical condition and mental state deteriorate, Killer Croc becomes a more bestial foe, increasingly detached from humanity.

Product Features: Megafigs are large figures to match their 7” scale figure counterparts based on the DC Multiverse. Designed with Ultra Articulation with up to 22 moving parts for a full range of posing and play. Killer Croc is based on his look in the video game Batman: Arkham Asylum. Includes a base. Included collectible art card with figure photography on the front, and character biography on the back. Collect all McFarlane Toys DC Multiverse Figures.