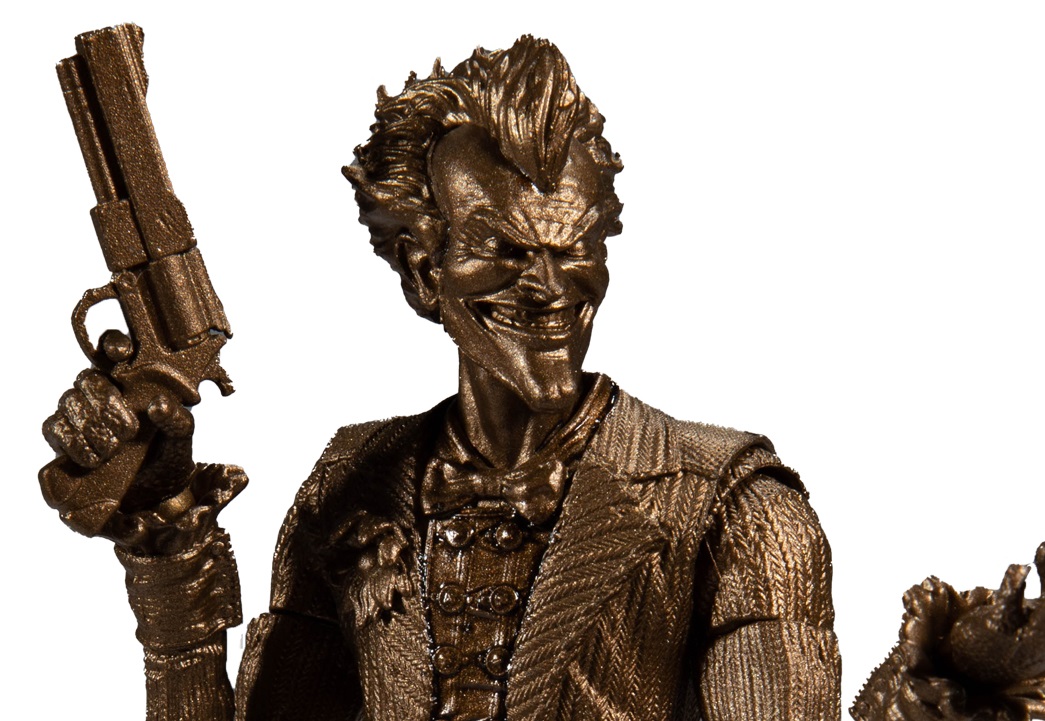 If you are a long time collector, you will probably remember chase figures or more specifically color variant chase figures. They were very common in the 1990s and stuck around for a while after the collector market bubble popped into the 2000s. That said, it hasn’t been a very common thing to see when it came to action figures with DC because in some cases, it was hard enough finding the figures themselves, much less variants.

However, during San Diego Comic Con, McFarlane Toys announced that they were bringing back variants with a simple tease. Now they have officially given details for the first chase figure which will be a Bronze Edition Arkham Asylum Joker. These chase figures will be part of a line called Platinum Editions where the chase figure is randomly placed in a case instead of a normal figure. They will be limited to only three thousand pieces. Joker will begin to land in stores this September.

Going forward the chase figures will feature other limited quantity paint variations. In 2021, the packaging will also feature a label to call out limited nature as well. Expect more information in the future, including the Deathstroke variant, which was the other figure teased at Comic Con.