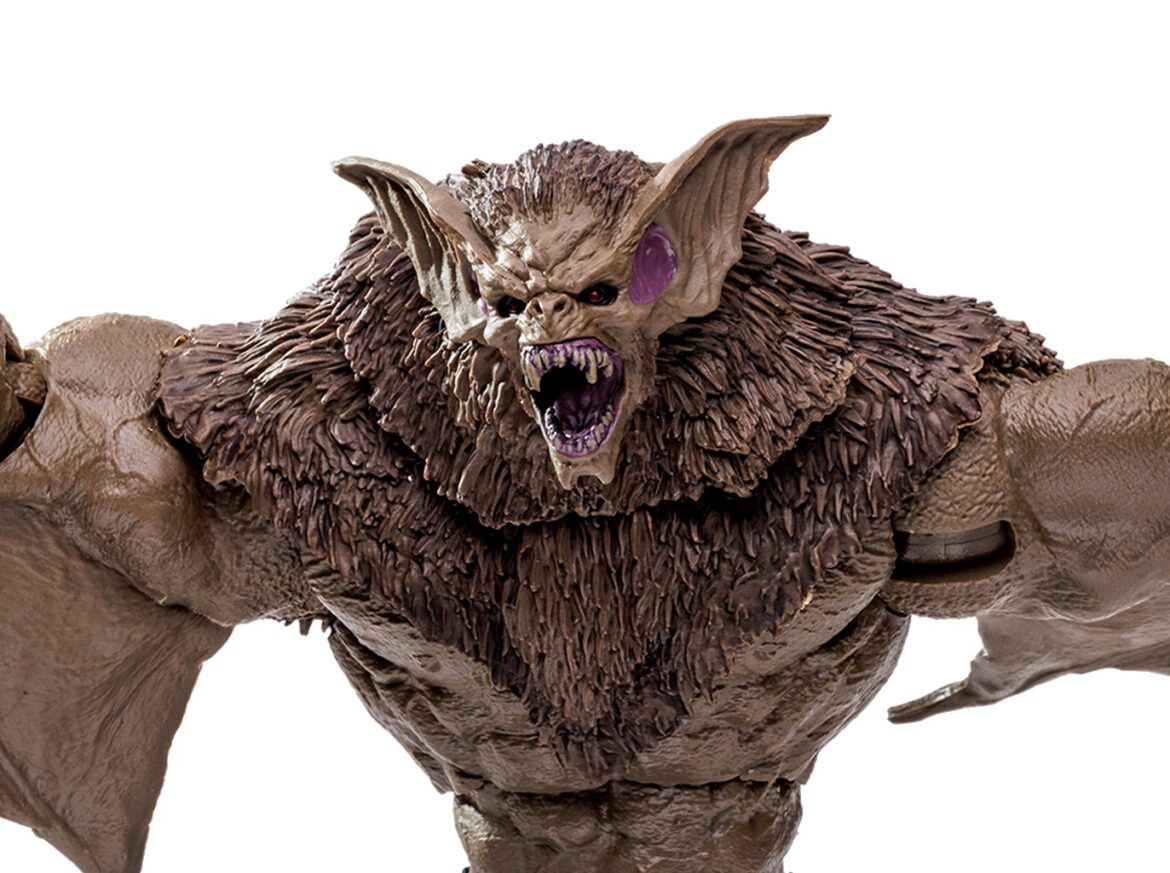 McFarlane Toys have announced a new DC Multiverse megafig featuring Man-Bat based on his appearance during DC Rebirth. Man-Bat is in scale with the seven-inch figures but is larger in size. The figure features twenty-points articulation and comes with a base and a collector card. It is priced at $39.99 and is expected to ship in August 2022. You can preorder the megafig at Entertainment Earth, Amazon, or GameStop.

This genius-level zoologist attempted to make a serum derived from bats, in order to give humans special “sonar” senses. But the formula backfired, mutating Langstrom into a giant “Man-Bat,” complete with its own feral personality. Batman™ routinely tangles with this creature of the night, hoping to save Langstrom from his own scientific sins!

Product Features: Megafigs are large figures to match their 7” scale figure counterparts based on the DC Multiverse. Designed with Ultra Articulation with up to 22 moving parts for a full range of posing and play. Man-Bat is based on his look from DC Rebirth. Includes a base. Included collectible art card with figure photography on the front, and character biography on the back. Collect all McFarlane Toys DC Multiverse Figures.