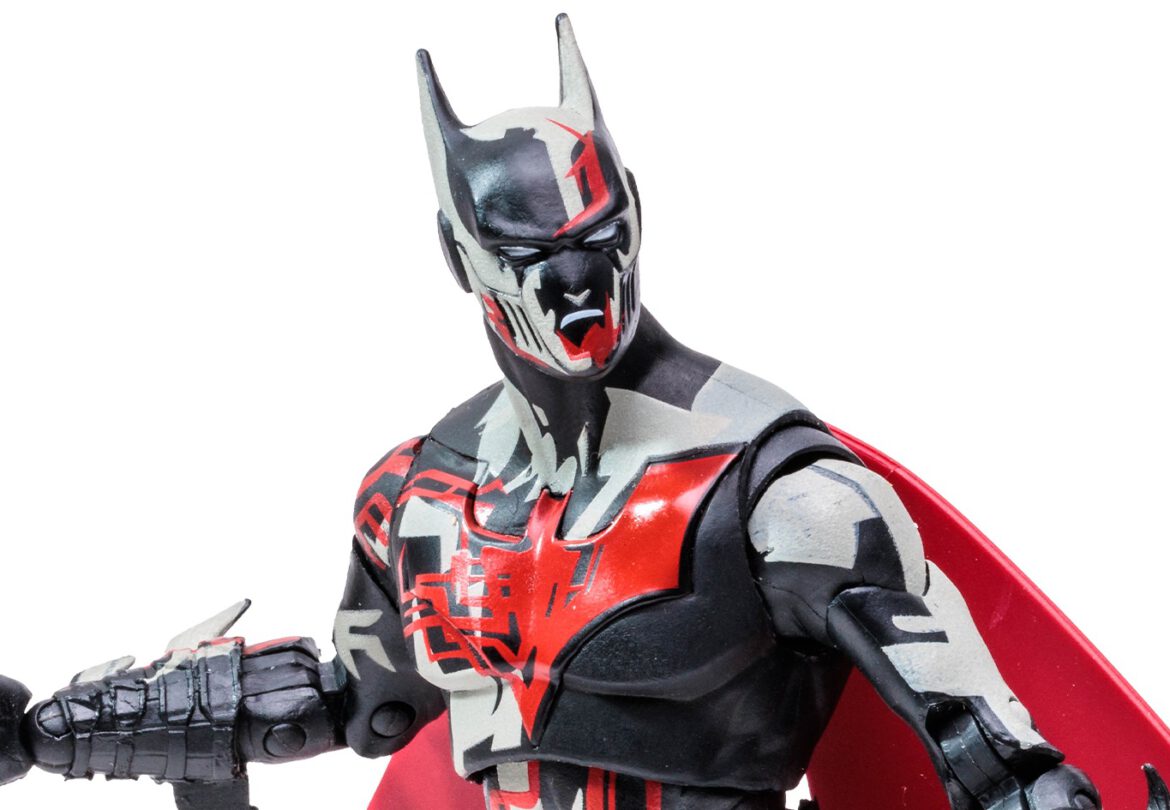 McFarlane Toys has released details for their latest DC Multiverse figure which features the previously released Batman Beyond figure with a glow-in-the-dark paint scheme. The Terry McGinnis figure is part of the seven-inch scale line that features twenty-two points of articulation, a batarang, 2 jet-booster effect parts, alternate hands, a flight stand, and a collector’s card. It is priced at $22.99 and is expected to ship May 2022. You can preorder the figure exclusively at Entertainment Earth.

Terry McGinnis was just an ordinary teenager until his father was mysteriously killed. Suspecting foul play, Terry meets an older, bitter Bruce Wayne and learns a secret hidden for decades. When Bruce refuses to help, Terry steals and dons a high-tech, tricked-out Batsuit in a quest to avenge his father’s death as Batman

Product Features: Incredibly detailed 7” scale figure based on the DC Multiverse. Designed with Ultra Articulation with up to 22 moving parts for a full range of posing and play. Batman Beyond is battle damaged and Glows in the Dark. Batman Beyond comes with Batarang, alternate hands, rocket boosters, and a flight stand base. Included collectible art card with figure photography on the front, and character biography on the back. Collect all McFarlane Toys DC Multiverse Figures. *Entertainment Earth Exclusive*