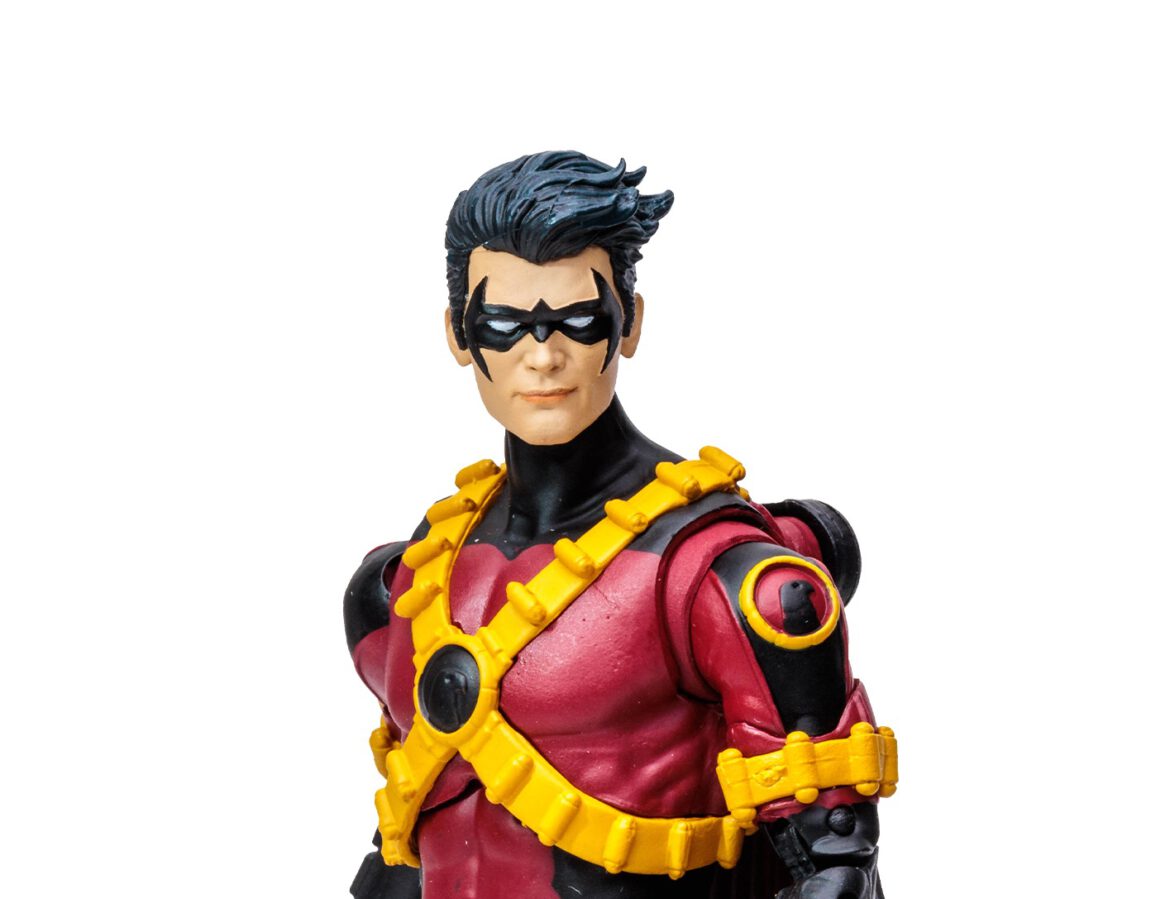 McFarlane Toys has released details for their latest DC Multiverse figure, which features Red Robin from the New 52 era, as seen in Teen Titans. The seven-inch figure features twenty-two points of articulation, a bo staff, a display base, and a collector card. The figure is priced at $19.99 and is expected to ship in July 2022. You can preorder the figure at Entertainment Earth, Amazon, or Gamestop.

Timothy “Tim” Drake is a self-made hero in every sense of the word. Tim Drake deduced the real identity of Batman and auditioned for the role of his next partner. Batman had lost his most recent sidekick, Jason Todd, in a tragic turn of events, and in Tim’s mind, Batman needed a Robin to stay true to himself and his mission. Tim was taken into Bruce’s care, where he spent only a brief time serving as Robin before striking out on his own as Red Robin. Analytical almost to a fault, Tim represents the “brains” of the Batman Family’s roster of former Robins. As a Teen Titan, Tim excelled as both leader and mentor, though following in Batman’s footsteps is anything but his dream.

Product Features: Incredibly detailed 7” scale figure based on the DC Multiverse. Designed with Ultra Articulation with up to 22 moving parts for a full range of posing and play. Red Robin is based on his look in DC New 52. Red Robin comes with his Bo Staff and a base. Included collectible art card with figure photography on the front, and character biography on the back. Collect all McFarlane Toys DC Multiverse Figures.