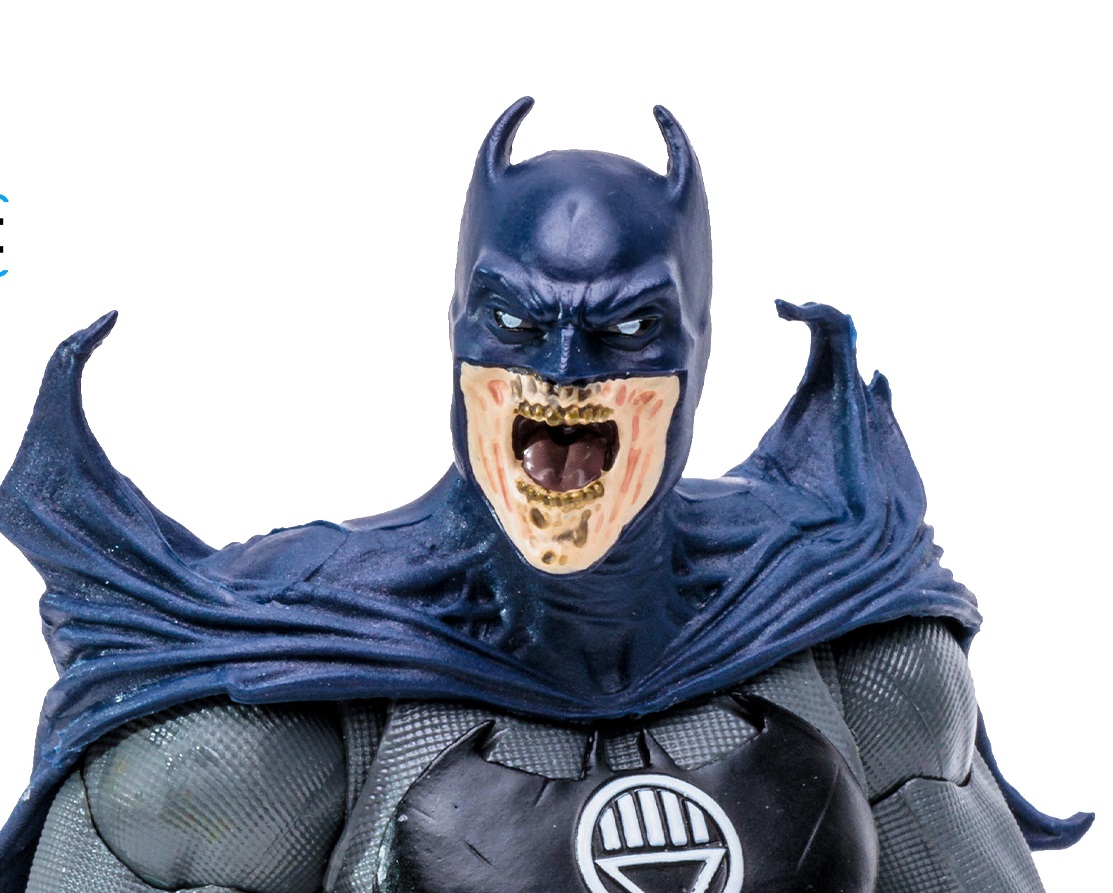 McFarlane Toys has released details for their latest DC Multiverse figure, which features the Blackest Night version of Batman. The figure is part of a build-a-figure wave that includes Black Lantern versions of Superman and Firestorm (Deathstorm) and Green Lantern Kyle Rayner.  The seven-inch figure features twenty-two points of articulation, the arms for the build-a-figure (Atrocitus), a display base, and a collector card. The figure is priced at $24.99 and is expected to ship in August 2022. You can preorder the figure at Entertainment Earth, Amazon, or Gamestop.

As a child, Bruce Wayne watched as his parents were brutally killed in Gotham City’s Crime Alley. Traumatized by their deaths, he devoted his life to becoming the world’s greatest weapon against crime-the Batman! During the Blackest Night, the Black Hand uses his power over the Black Lantern rings to raise the dead and unleash his army of Black Lanterns on the universe. Among those resurrected is Bruce Wayne, aka Batman, who had recently been slain by Darkseid.

Product Features: Incredibly detailed 7” scale figure based on the DC Multiverse. Designed with Ultra Articulation with up to 22 moving parts for a full range of posing and play. Batman is based on his look in the comic arc Blackest Night. Batman comes with a base. The figure includes 1 of 4 pieces that, when combined with the rest of the Blackest Night Build-a line, will assemble an Atrocitus. Included collectible art card with figure photography on the front and character biography on the back. Collect all McFarlane Toys DC Multiverse Figures.