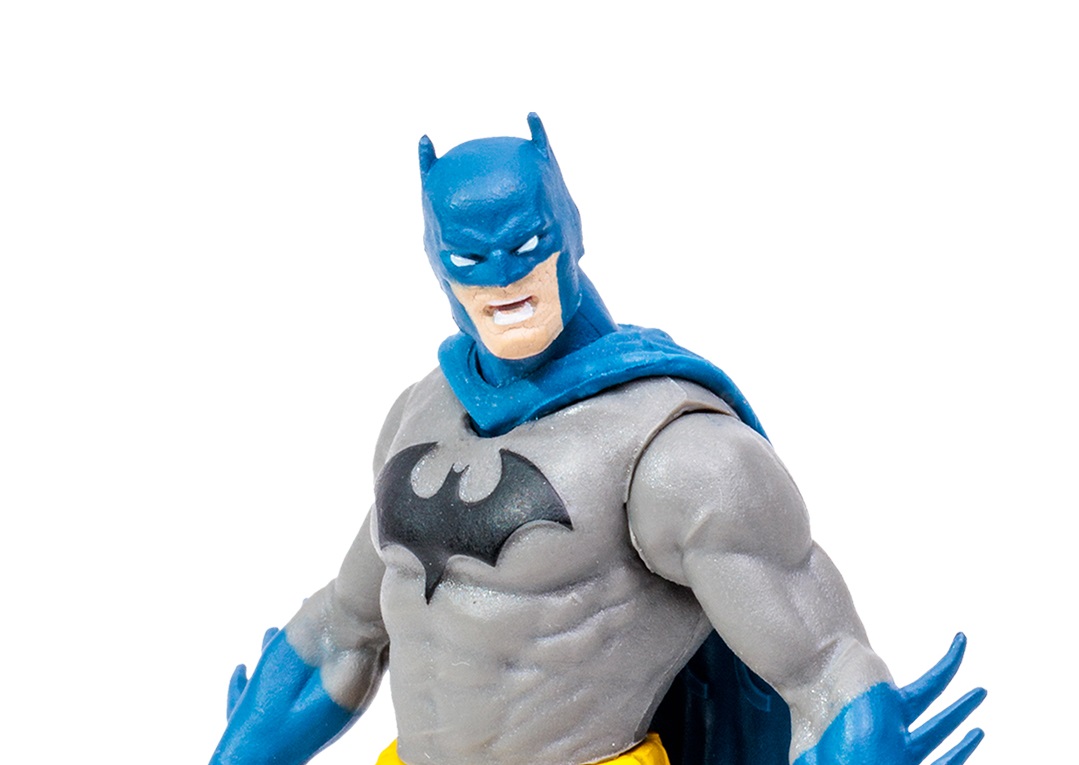 The time has finally come for McFarlane Toys to release the newest line featuring the DC Universe with Batman in the Page Puncher line. First revealed back in February, the first wave of figures will include four figures, including Batman in the batsuit featured on the cover of Batman #608 as part of the Batman: Hush storyline. One interesting fact that may have been missed with the initial announcement is that this new line is actually categorized under DC Direct. These new figures measure three inches, and rather than coming with accessories like other McFarlane Toys figures, they are packaged with a comic book featuring the story the figure is based on. The figure is priced at $9.99 and is expected to ship in August 2022. You can preorder the figure at Entertainment Earth or Amazon.

Product Features: Packed with a pocket-sized hero or villain at a 3” scale based on the DC Multiverse. 5 points of articulation to Punch and Kick. Batman is based on his look from the iconic Batman: Hush Comic. Comes packaged in a blister pack with an English-only reprint of your favorite comics that the figure is based on. Collect all additional McFarlane Toys DC Page Punchers Today!