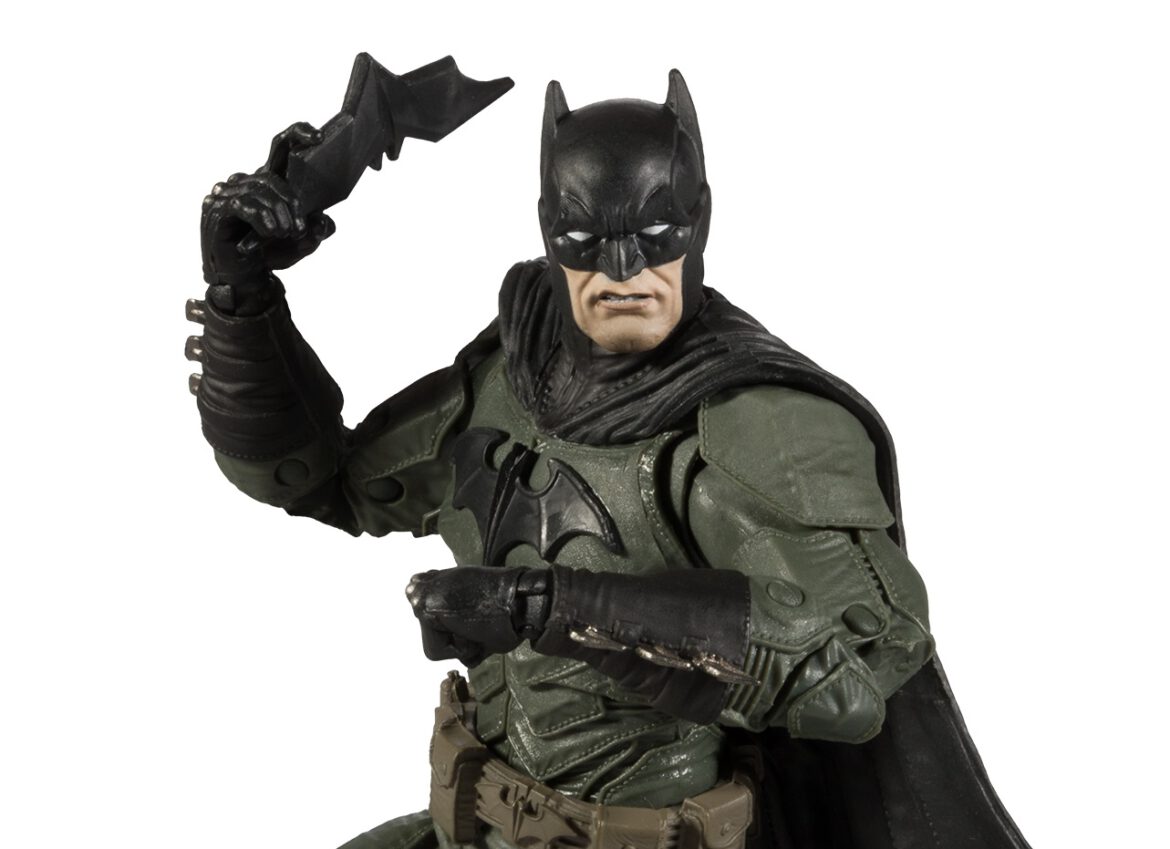 On the heels of last week’s preorder announcement of the first Page Puncher figures, McFarlane Toys has announced the next wave of Page Puncher figures including the Black Adam version of Batman. The main difference is that the first wave was three-inch figures and the figures in the new wave are seven inches. The entire wave includes an exclusive Black Adam comic that features these versions of the characters which inspired the wave. The rest of the wave includes Black Adam, Superman, and John Constantine. The figures are priced at $24.99 and are expected to ship in August 2022. Despite the larger size and being similar to the DC Multiverse figures, these figures are labeled as DC Direct figures as part of the Page Puncher line.  You can preorder the figure at Entertainment Earth or Amazon.

Product Features: Incredibly detailed 7” scale figure based on the DC Multiverse. Included is a collectible comic featuring what the figure is based on, as well as a collectible art card with figure photography on the front, and a character biography on the back. Designed with Ultra Articulation with up to 22 moving parts for a full range of posing and play. Batman is based on his look from the Black Adam Comic. Batman comes with a batarang and a base. Figure is showcased in DC Direct themed window box packaging.