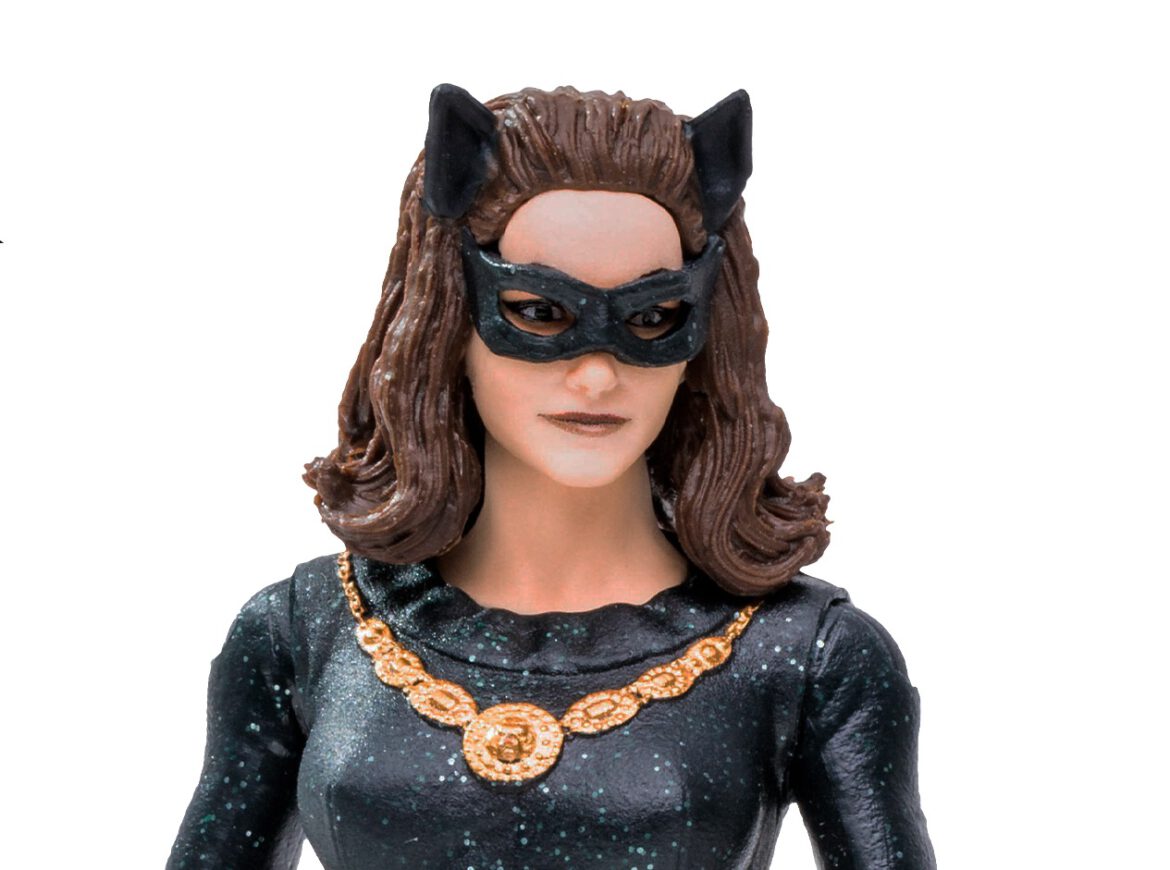 McFarlane Toys has announced an additional figure for the DC Retro line featuring Catwoman based on her appearance in Batman played by Julie Newmar. The six-inch figure includes two action word bubbles. It is priced at $17.99 and is expected to ship in Fall 2022. You can preorder the figure exclusively through Target now.

A seductive villainess who often stole the heart of the Caped Crusader and always wanted him for her own partner, but her criminal persona always allowed him to see through her seductions and never stopped him from carrying out his criminal apprehending duty.

Product Features: Based on the Season 1 Catwoman played by Julie Newmar in the classic 1960s TV show. Designed with articulation for posing and play. Each Figure includes 2 action word bubbles. Packaged in a card-backed blister with the iconic old-school look of the 1960’s Batman series. Collect all McFarlane Toys DC Retro Figures.