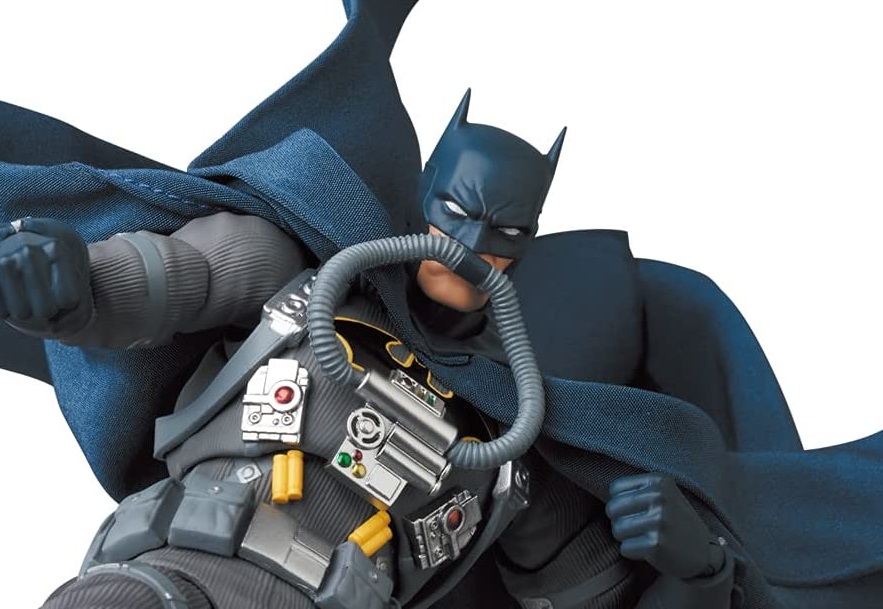 Medicom Toy has released details for their latest MAFEX collectible figure, which features a stealth jumper version of Batman from Batman: Hush.  Hush as a Stealth Jumper. This is another figure from the popular storyline that Medicom is releasing including the recently announced Harley Quinn figure.  The figure stands over six inches tall and features sculpting by SH Studio/PERFECT-STUDIO. It is priced starting at $105 and is expected to ship between August and October 2022. You can preorder the figure now by heading over to either Entertainment Earth or Sideshow Collectibles.

Batman gets a new MAFEX action figure in his stealth jumper suit from “Batman: Hush”! Medicom brings each detail of his suit to life with expert sculpting to bring out the texture of the fabric, careful recreation of each piece of his gear, and of course, a fabric cape to allow for more freedom when posing! He comes with a Batarang, optional hand parts, and a posable figure stand. Reserve him for your collection today!