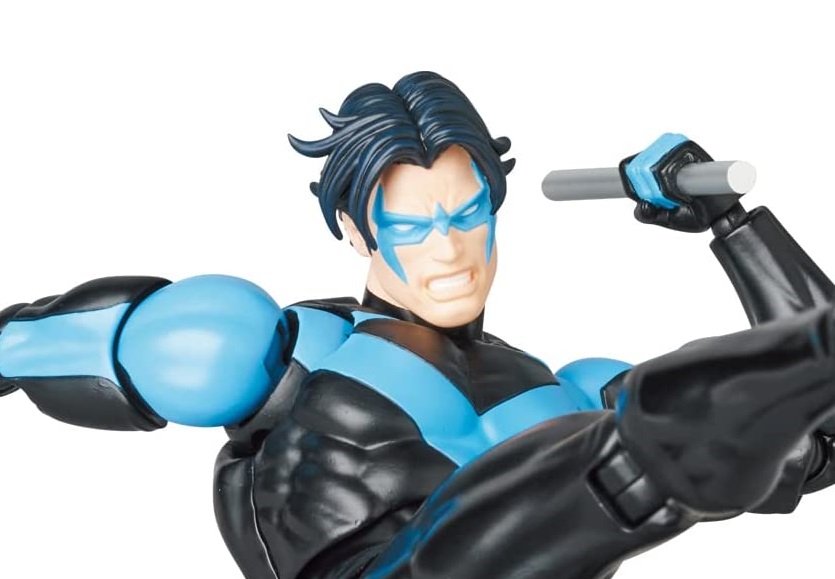 Medicom has released details for their latest MAFEX action figure, which features Nightwing based on his appearance in Batman: Hush. The figure measures just over six inches tall and features swappable head portraits, interchangeable hands, batons, and rope batons. It is priced starting at around $85 and is expected to ship in early 2023. You can preorder the figure at either Entertainment Earth or Sideshow Collectibles.

As seen in “Batman: Hush,” Nightwing now joins the MAFEX action figure lineup from Medicom! Nightwing is incredibly posable for all kinds of heroic action; he comes with two interchangeable heads and a variety of interchangeable hands. His baton can be carried on his back; a figure stand with a posing arm is included for airborne action. Highly articulated, this roughly 6-inch figure features his iconic black and blue suit. Nightwing features 2x head sculpts, interchangeable hands, 2x hands with swirling batons, 2x batons, a baton with rope, and a figure stand. Order him for your own collection today!