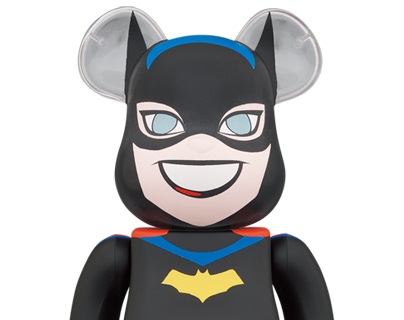 Medicom has announced a new group of Bearbrick (Be@rbrick) figures modeled after the Batgirl from The New Batman Adventures. Bearbrick figures are what you would get if a LEGO minifig and a toy bear were paired together. Whenever new figures are released, as Joker and Harley Quinn have been featured in the past, they are made available in different sizes. There is a full-size figure measuring about three inches tall (100%), an oversized figure measuring about eleven inches (400%), and a giant figure measuring about twenty-eight inches tall (1000%). The first two figures are sold as a set for $150, and the giant one is sold separately for $650. Both options are expected to ship between December 2022 and February 2023. You can preorder either the set or the giant figure at Sideshow Collectibles. 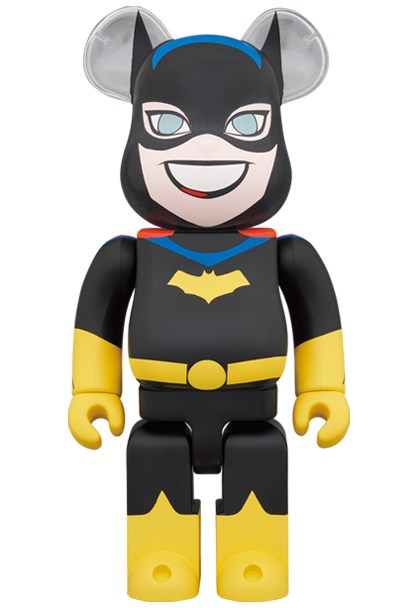 Medicom Toy is proud to present the Be@rbrick Batgirl (The New Batman Adventures) 100% & 400% Set. These Be@rbricks features Barbara Gordon AKA Babs AKA Batgirl!

The New Batman Adventures (or TNBA for short) was an animated television series that aired from 1997 to 1999. It was created as a sequel series to Batman: The Animated Series and follows the same storyline and continuity. Despite it’s relatively short time on the air, TNBA stood out as both a fantastic cartoon and welcome addition to the Gotham world, earning two Daytime Emmies, among other awards!

Batgirl is depicted on this Be@rbrick, adapting her appearance and art from TNBA to the iconic Be@rbrick shape, creating a unique collectible like no other.

The 400% collectible figure stands over 11 inches tall, with the 100% standing approximately 2.75 inches tall.

The 1000% collectible figure stands over 27 inches tall, an incredible size that might make you wonder if Scarecrow’s fear toxins are causing you to hallucinate!