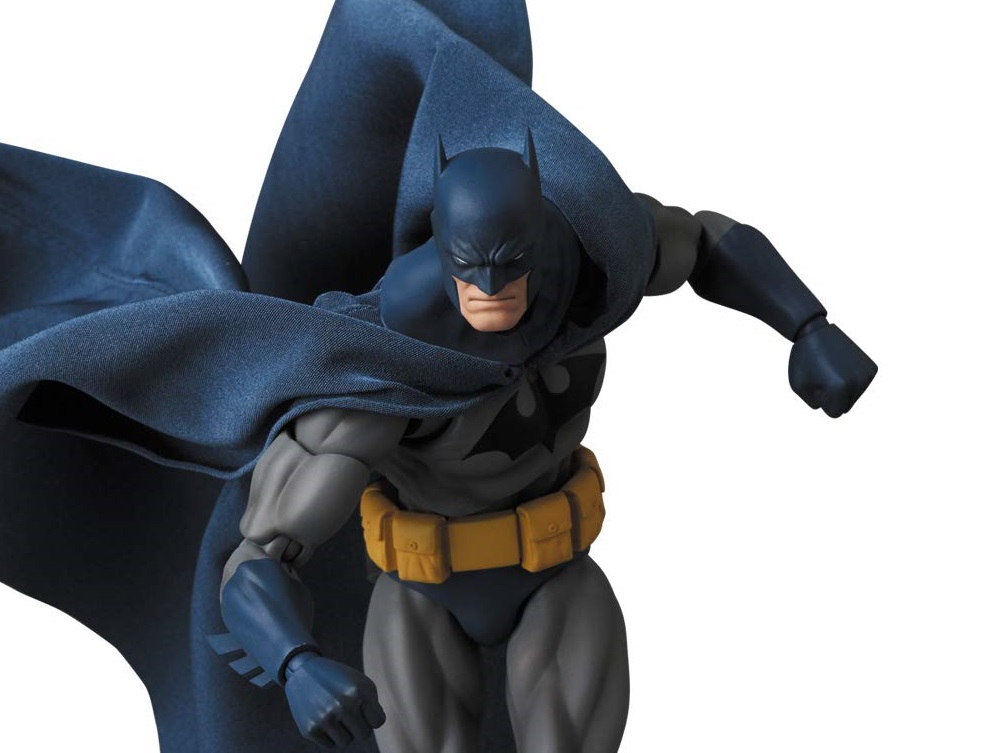 Product images and information for the new DC Comics “Hush” Batman MAFEX Figure have been released by Medicom.  Standing just over six inches tall, this blue and gray Batman is based on the version appearing in Batman: Hush. The figure includes two masked head sculpts, as well as an unmasked Bruce Wayne. Also included will be interchangeable hands, a wired cape for posing, grapple gun and batarang. The MAFEX “Hush” Batman is set for release is April 2020. You can pre-order yours now for $95 at Entertainment Earth.

Based on the Jim Lee Batman seen in the popular Batman: Hush storyline, this Batman Hush MAFEX Action Figure stands roughly 6-inches tall and will include 2x masked heads, as well as an unmasked Bruce Wayne version. You’ll have a choice of interchangeable hands for a grappling gun and Batarangs, and the fabric cape is wired for a multitude of poseable options.