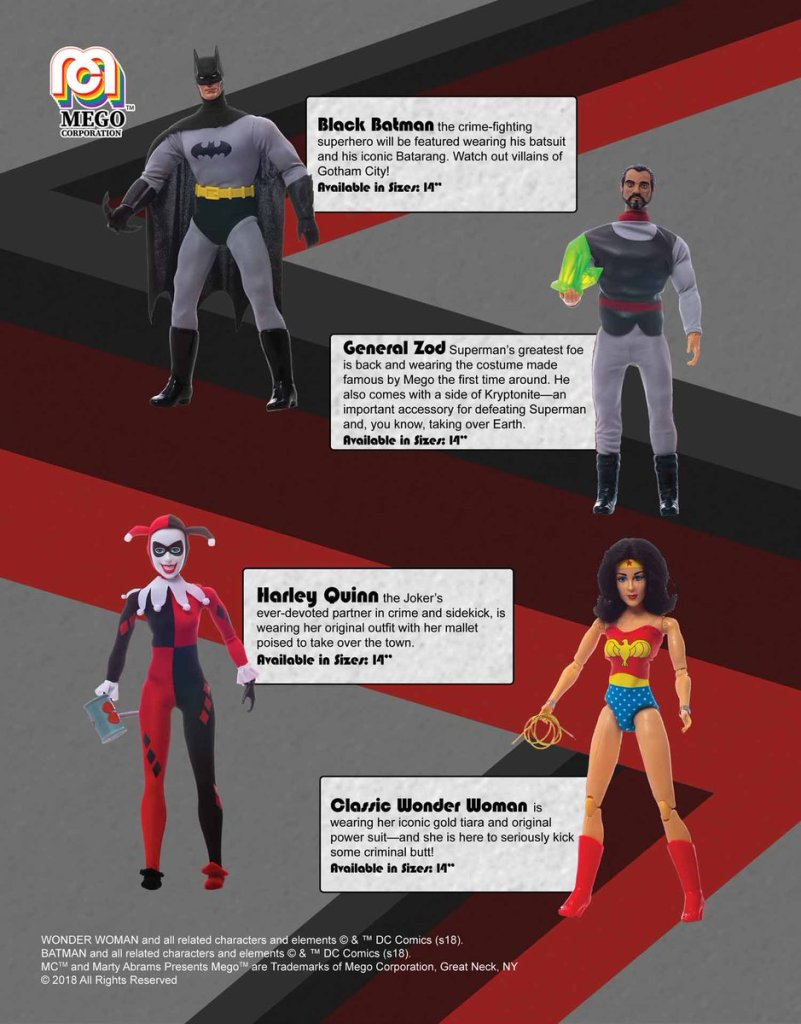 After the big announcement last week that fans and collectors would be seeing new Mego figures soon, the company brought out the big guns and showed fans new samples.

Mego showed off their entire initial wave of DC Comics characters which included Wonder Woman, General Zod, and Batman. They didn’t show off Harley Quinn for whatever reason even though it was part of the initial press release. At the convention, a catalog was released that showcased all of the offerings from Mego. Harley Quinn is expected in Target stores by August 1, and there is word that General Zod and Wonder Woman have also been spotted in stores as well. So Batman can’t be too far behind.