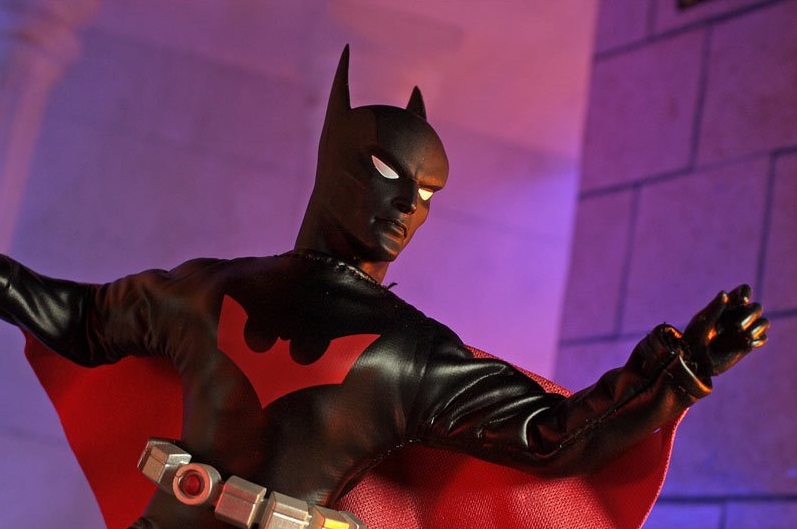 Mego has released details for their latest DC Comics figures, which includes Batman based on his appearance from the animated series Batman Beyond. The action figure measures eight inches tall and features real cloth clothing and a utility belt. The figure is part of a limited edition run of 5,000 and is a Previews exclusive. It is priced at $19.99 and is expected to ship in May 2022. You can preorder the figure at Entertainment Earth.

Having taken over the mantle, Batman of the future, Terry McGinnis, joins the Mego Heroes line as an 8-inch tall action figure! Officially licensed and fully poseable, this Batman Beyond figure features 26 points of articulation for a variety of posing options. Outfitted in a real cloth batsuit with utility belt and gliders based on his appearance in the fan-favorite animated series Batman Beyond, this limited edition action figure comes packaged in a fully illustrated retro-style blister card! The Previews Exclusive Mego DC Heroes Batman Beyond is limited to only 5,000 pieces, so don’t miss this chance to add Bruce Wayne’s protege to your collection!