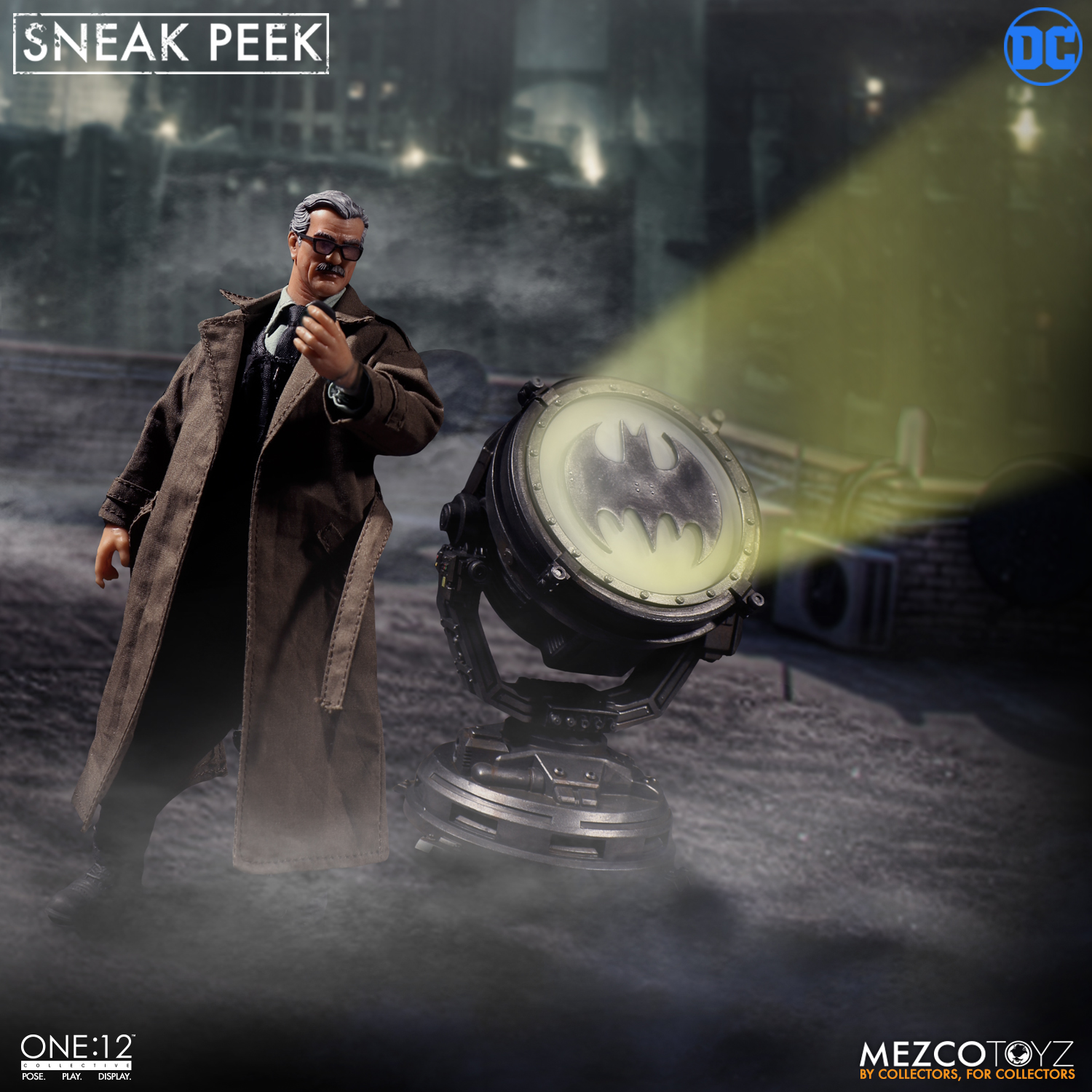 Today has been considered by many as Batman Day, and in honor of the day, Mezco has shared images of two new Batman items which are both part of the the One:12 Collective line. There was a sneak peek image released for Jim Gordon which will be packaged with the bat-signal and a video preview of the Batmobile. No details on when to expect these items, but further announcements are expected soon.