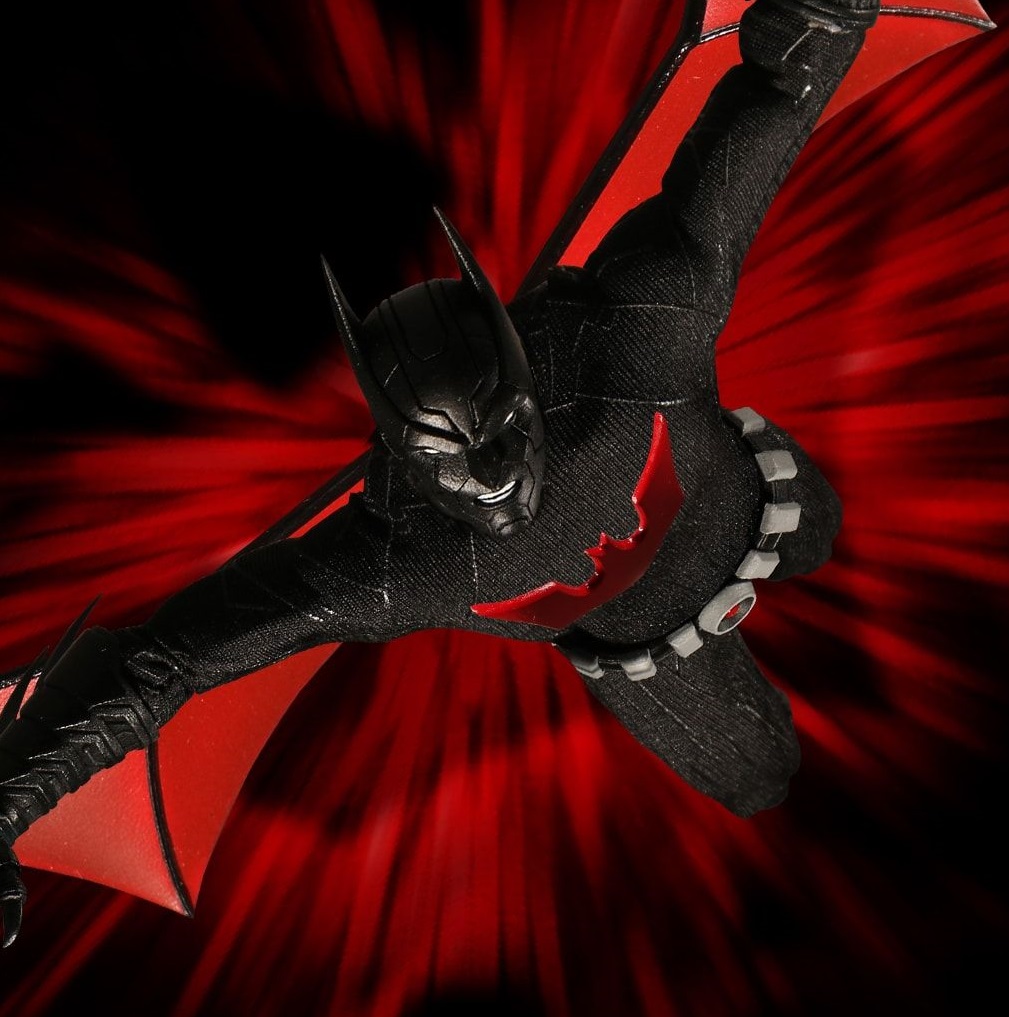 Whether you were a fan of the cartoon or the ongoing series, Batman Beyond continues to be an ongoing part of the DC Universe. Now Mezco Toyz is releasing a 1/12 scale figure of the future Dark Knight. Set to release this fall, the $80 figure is now available for pre-order. Let us know if you plan on picking up the figure and what other Batman Beyond characters you’d like to see released. Check out all the features below:

The One:12 Collective ‘Dark Knight of Tomorrow’ abandons the definitive black and gray Batsuit for an all-black, high tech scheme, punctuated by a bright red bat symbol on the chest. Batman Beyond comes complete with two head portraits, his signature red wings, batarangs, and booster jet effects that create dynamic flying poses.

Terry McGinnis, a young athletic student, assumes the mantle as Batman after Bruce Wayne’s health begins to deteriorate. Tutored by Bruce and aided by a new high-tech suit that augments his abilities, Terry continues to defend Gotham as crime and corruption rear their ugly heads once again.

THE ONE:12 COLLECTIVE BATMAN BEYOND FIGURE FEATURES:

Preview: Mezco Toyz One:12 The Batman