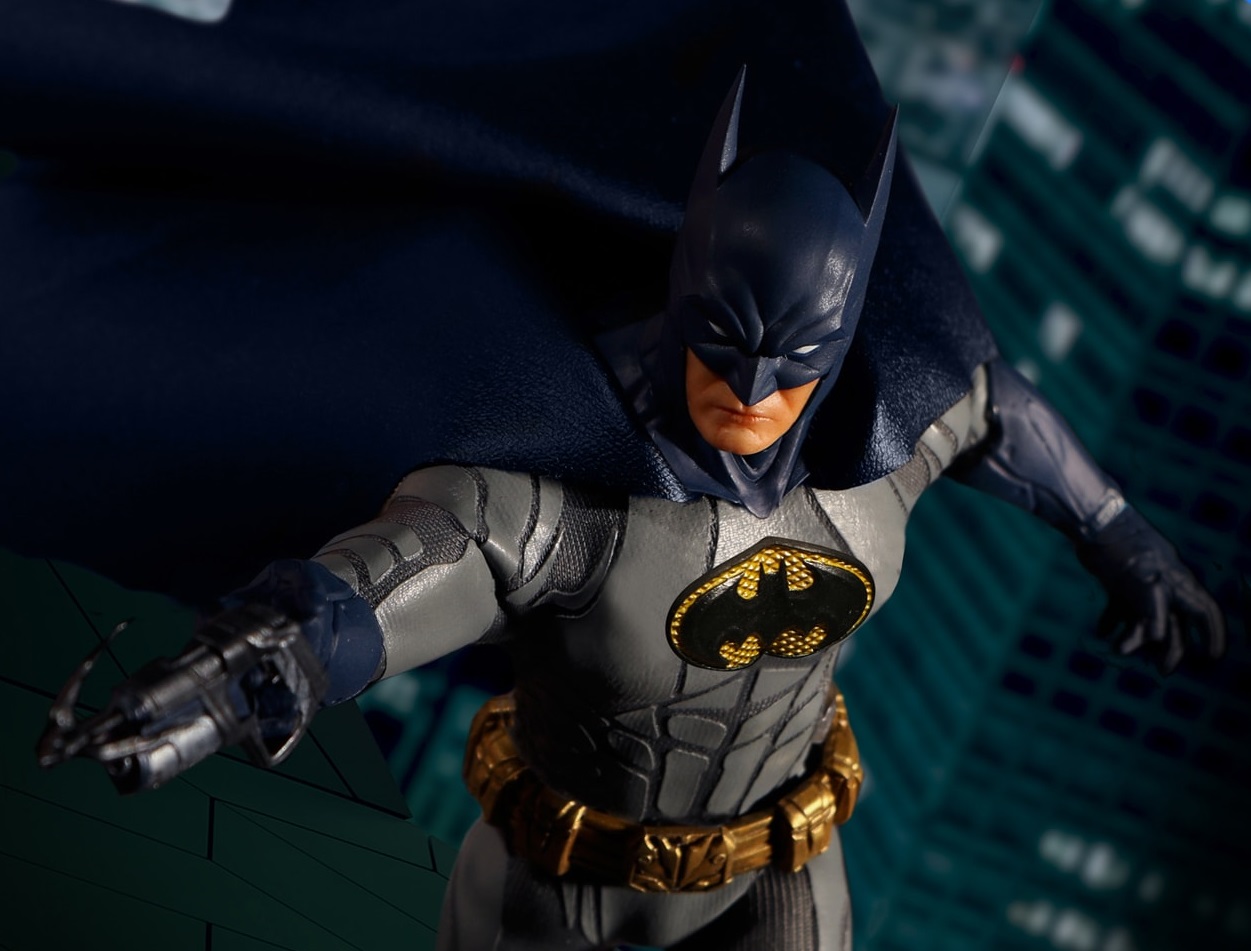 Back in May, you may remember that Mezco opened up pre-orders for their One:12 Collective Sovereign Knight Batman. Now they have announced a new version of the same figure which will be a Previews exclusive. This new version features the classic colors of blue and gray.

The figure includes a blue cowl, cape, gloves, and boots, with a gray armored suit with a comic style yellow and black bat symbol. The figure includes three masked portraits, an unmasked Bruce Wayne portrait, multiple interchangeable hands, an assortment of Batarangs, a grapple gun, and a Bat Drone. The figure is available through Previews, which means you need to order it through your local comic shop. It is priced at $85 and is expected to release in April 2019.

From Mezco Toys. A PREVIEWS Exclusive! The Sovereign Knight is the next installment to Mezco’s One:12 Collective Batman trilogy! Sovereign Knight is the Batman of right now, in his prime. Bruce Wayne has enhanced his tech greatly from the beginning of his war on crime. The Bat-Suit has been augmented to provide more protection and greater mobility. His Batarangs honed, Grappling Gun upgraded and new additions to his arsenal like a Sonic Disruptor, Bat-Drone and Kryptonite Knuckle Dusters. Sovereign Knight Batman features 30 points of articulation and is approximately 6 5/8′ tall.