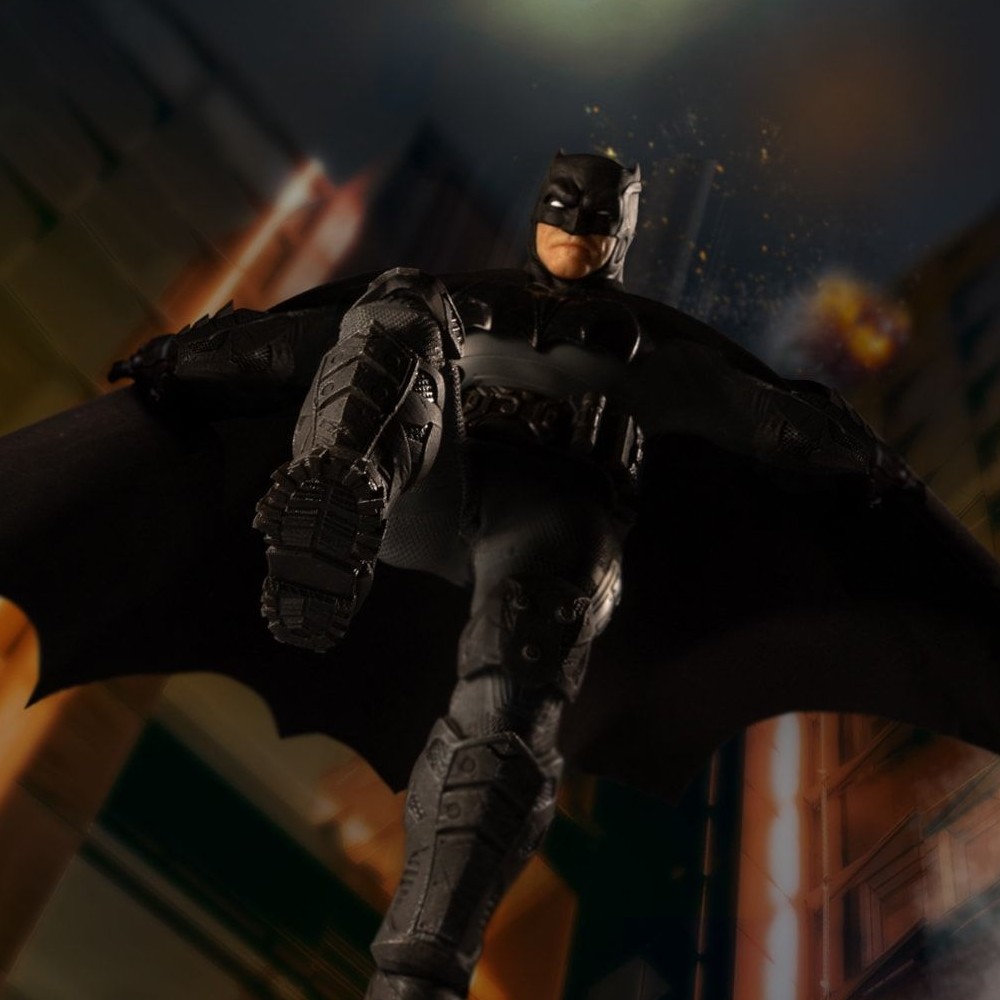 Mezco Toyz has released information about their upcoming Supreme Knight Batman. This new figure features an older Bruce Wayne. The figure will include multiple accessories and swappable heads. Expected to ship between February and April 2020, you can pre-order this figure for $85 over at Entertainment Earth.

Mezco’s One:12 Batman trilogy concludes with the Batman Supreme Knight One:12 Collective Action Figure! This is Batman towards the final years of his campaign against the underworld of Gotham City. Supreme Knight depicts an older Bruce Wayne who has learned his way and honed his skills. Now at the twilight of his war on crime, he uses his skill and tech to maintain his edge. Supreme Knight’s Bat-Suit provides additional armored protection enhancements to compensate for the wear and tear that his years of crime-fighting have taken on him. A magnet in his collar allows him to switch between two leather-like capes – one with an integrated posing wire and one that drapes freely. He employs an upgraded, more aggressive arsenal including a dual-blade karambit that folds, a multifunctional, non-lethal “Equalizer” cannon, and more. The combination of the enhanced Bat-Suit along with the upgrades to his arsenal keep Supreme Knight the most feared amongst the Gotham City underworld as he continues to wage his one-man war.