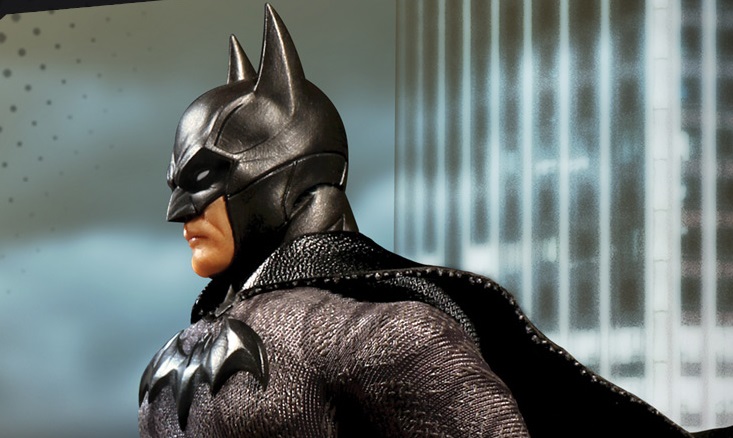 Mezco has been releasing previews of the new items that they will be showcasing at New York Toy Fair for the past week and they just revealed the first image of the latest One:12 Collective Figure featuring Batman. The Sovereign Knight Batman will feature over thirty points of articulation. No word on release date or price at this point, but expect more details this week from Toy Fair. The Sovereign Knight is the 2nd installment to Mezco’s One:12 Collective Batman trilogy. Sovereign Knight is the Batman of right now, in his prime. Bruce Wayne has enhanced his tech greatly from the beginning of his war on crime. The Bat-Suit has been augmented to provide more protection and greater mobility. His Batarangs honed, Grappling Gun upgraded and new additions to his arsenal like a Sonic Disruptor, Bat-Drone, and Kryptonite Knuckle Dusters.