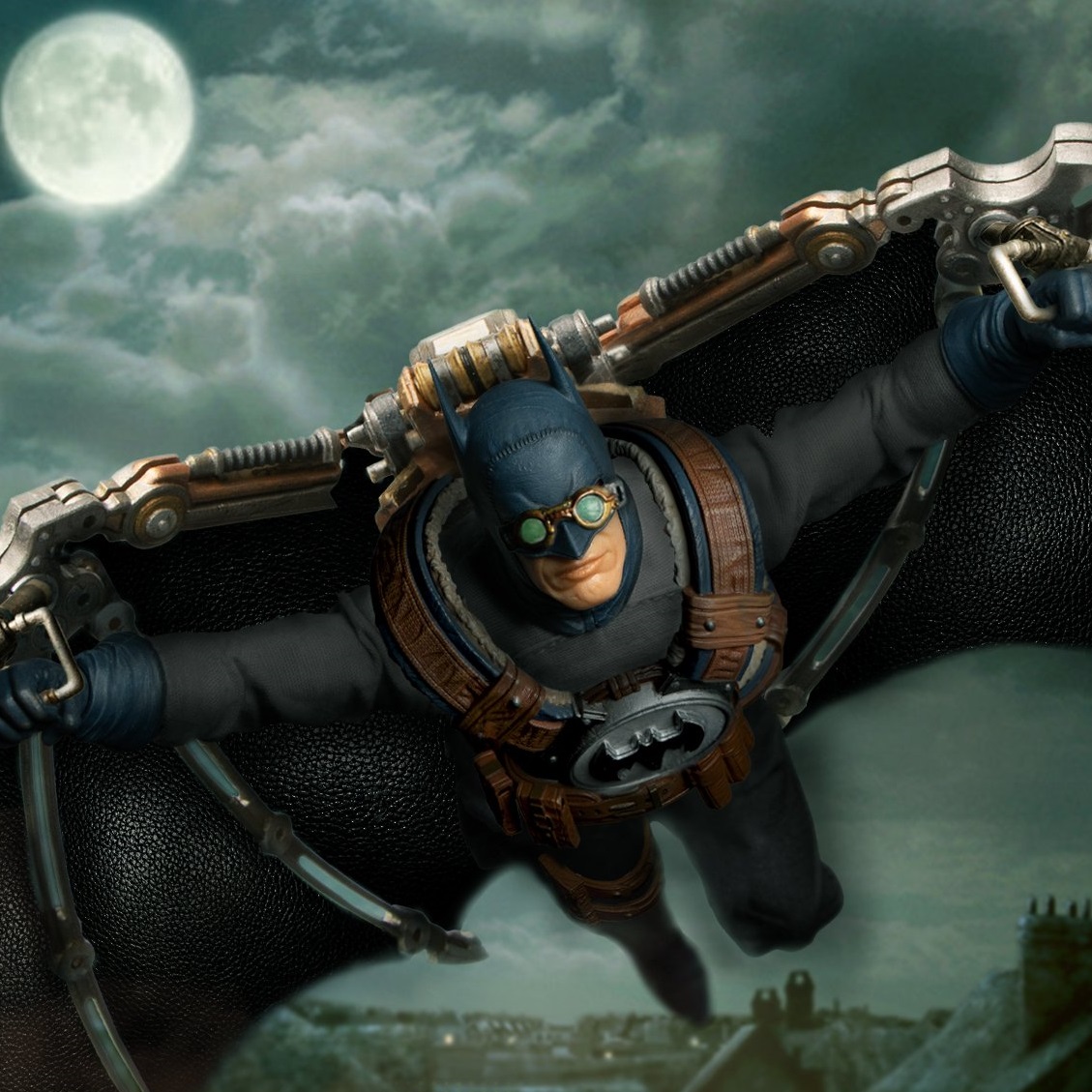 Mezco has released details for their latest exclusive One:12 Collective figure, which features Batman from Batman: Gotham by Gaslight. The one-twelfth scale figure measures about seven inches tall and features extendable steampunk wings, multiple hands, accessories, and two interchangeable head portraits. It is exclusive to Mezco Toyz and is priced at $115. The figure is expected to ship between January and March 2022. You can preorder the figure directly from Mezco Toyz.

Feared by the guilty and the innocent alike, Batman: Gotham by Gaslight joins the One:12 Collective!

The One:12 Collective Batman is outfitted from cowl to boot in a Victorian-era-inspired outfit. His cloak cape features an integrated posing wire and his utility belt can store up to three throwing knives. Three head portraits are included, featuring an unmasked, 19th century Bruce Wayne portrait.

Batman takes to the gas lamp-lit skyline of Gotham using his Glider, which features hinged wings that can be spread or collapsed.

Taking place in the 19th century, Gotham by Gaslight depicts Batman’s debut just as Jack the Ripper arrives in Gotham City. Working with Inspector Gordon, Batman discovers the identity of the Ripper and uncovers the truth behind his parent’s death.

THE ONE:12 COLLECTIVE BATMAN FIGURE FEATURES:

Each One:12 Collective Batman: Gotham By Gaslight figure is packaged in a collector-friendly box, designed with collectors in mind.