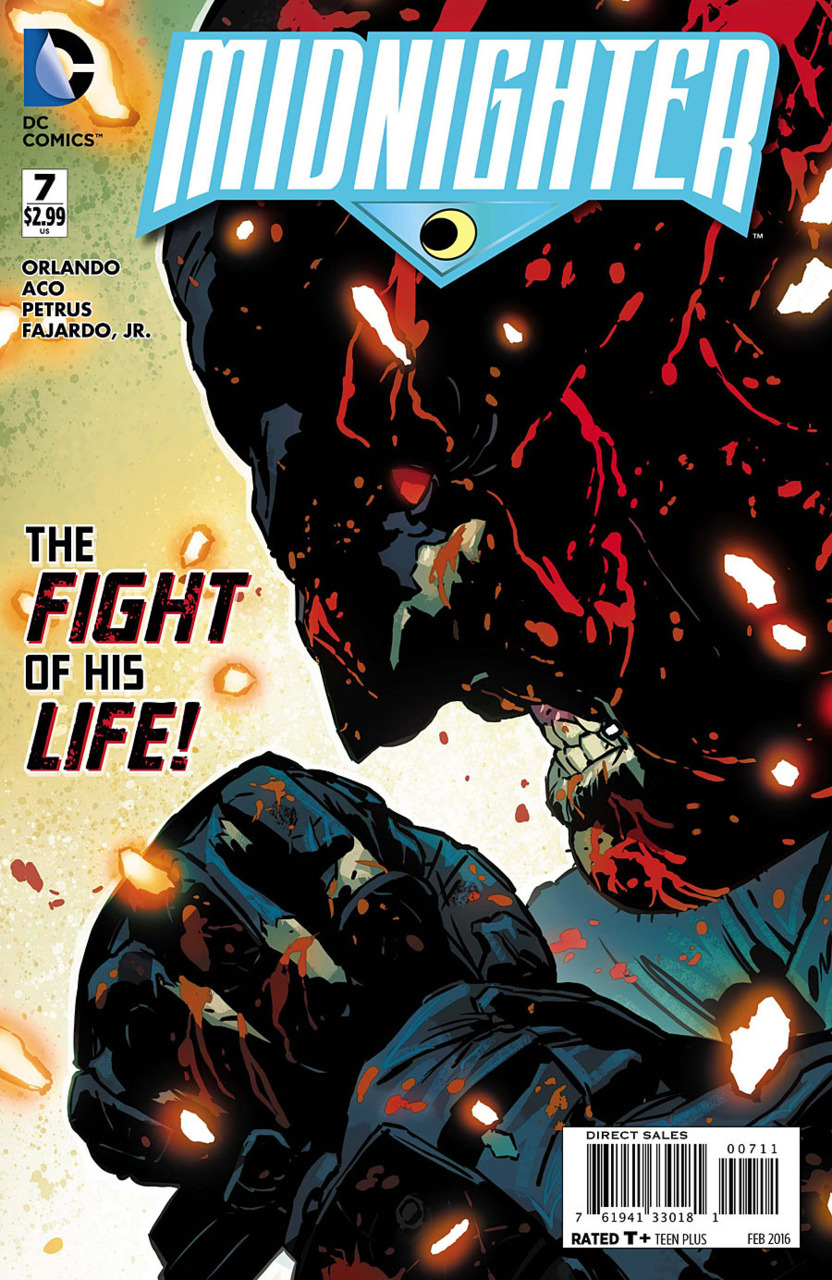 We begin with Prometheus, or Matt, narrating his childhood and development to Midnighter. He shares that his parents, pseudo-vigilantes, were killed before his very eyes as a child. Prometheus claims that justice apparently killed his parents but found no truth in that. We see that he inherited not only money but networks and resources from his parents. Up until this point, Prometheus states that he’s used everything to solve the problem of justice.

Standing over Midnighter directly following the previous issue, Prometheus tells Midnighter how he stole technology from the God Garden and, as a result, is built to kill superheroes. This technology gives him the ability to record any skill and and store it in his brain not only to combat but to utilize. In sharing these details, Prometheus states that his mind is programmed with skills from thirty of the worlds best fighters, name-dropping Batman as one of the main thirty.

In the ruins of Matt’s dad’s home, Midnighter and Prometheus engage in a gory battle.

Prometheus proclaims that he will kill every superhero beginning with Midnighter because he disagrees specifically with heroes that combat murder with murder.

Moments before Midnighter is about to kill him, Prometheus reveals to him that he stole his origin file and downloaded it to his brain. He leaves M with a choice: kill him and never find out who he truly is or let him live and he’ll continue to do worse things than he’s done to Midnighter.

We see what appears to be Midnighter break Promtheus’ neck, leaving him with but a few measly breaths before he dies. Midnighter begins to walk away before he hears Prometheus press a button. He turns around to see Prometheus has disappeared amidst the rubble. Midnighter trails the ruins of the home. He stumbles upon one ash-covered photo of Matt.

Days later in Oakland, Matt spends time with Jason. The two discuss how Midnighter feels like a failure and doubts his ability to discern. Jason resolves that while no one is perfect, Midnighter included, he’s sticking alongside M.

The issue takes a few pages to wrap up with Midnighter conversing with and being comforted by a few different friends. We also see in Opal City, Midnighter sends the picture of Matt that he found in the rubble to Andrew.

Lastly, at Spyral Black’s site in Boston, Deadshot breaks into the site joyfully defeating nearly ten well-armed men at once. He retrieves for Amanda Waller the Perdition Pistol.

The issue concludes with Midnighter at a bar with his brother in Boston. Midnighter is unsure of a lot of things but one thing’s for sure: he’s “never done fighting.”

This issue seemed to drag a little bit. Half the issue was the fight between M and Prometheus wrapping up issue #6 and the other half was essentially Midnighter venting to different friends (although the Deadshot sequence and setup for the next arc was pretty awesome). Perhaps this seven-issue arc could’ve been concluded in six?

Personally, I’m not a fan of 1) how long the fight sequences can go and 2) some of the art layout. There’s one page in particular with twelve square panels, often containing close-ups on somewhat random objects. This can be confusing and difficult to follow in an initial read.