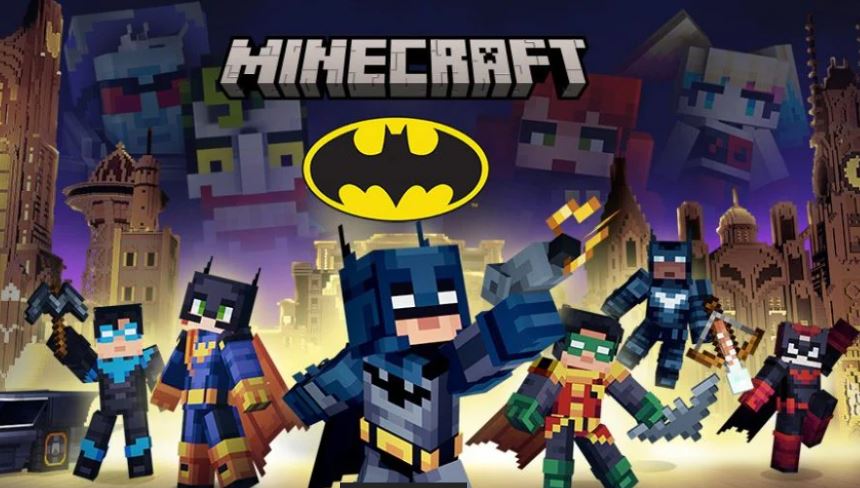 Minecraft has announced a new release from DC and the Noxcrew, who have created a new experience featuring the Batman Universe. In the new DLC pack, you will see a sprawling Gotham City along with the ability to explore the city using the Batmobile. As discover a 3D pixelated box version of the Batman Universe, you will play as Batman jumping from building to building, fighting DC villains, and saving Alfred Pennyworth.

The game features an open-world map with endless things to discover. There are many quests and adventures to do, including solving Riddler clues, patrolling the streets, or completing challenges, like finishing machines in the Batcave.  You can even craft gadgets from unique villain drops. Some of the villains mentioned in the press release include Harley Quinn, Poison Ivy, and Penguin.

And Batman is not the only character you can play as. The DLC pack will also come with eighteen different skins that allow you to play as Robin, Batwoman, Batgirl, Catwoman, and many more! To find the DLC pack, head over to the Minecraft Marketplace. It is currently available on most systems, with a release for Nintendo Switch coming in the near future. Be sure to check out the gallery above of the Batman Universe entering the world of Minecraft and check out the announce trailer below.