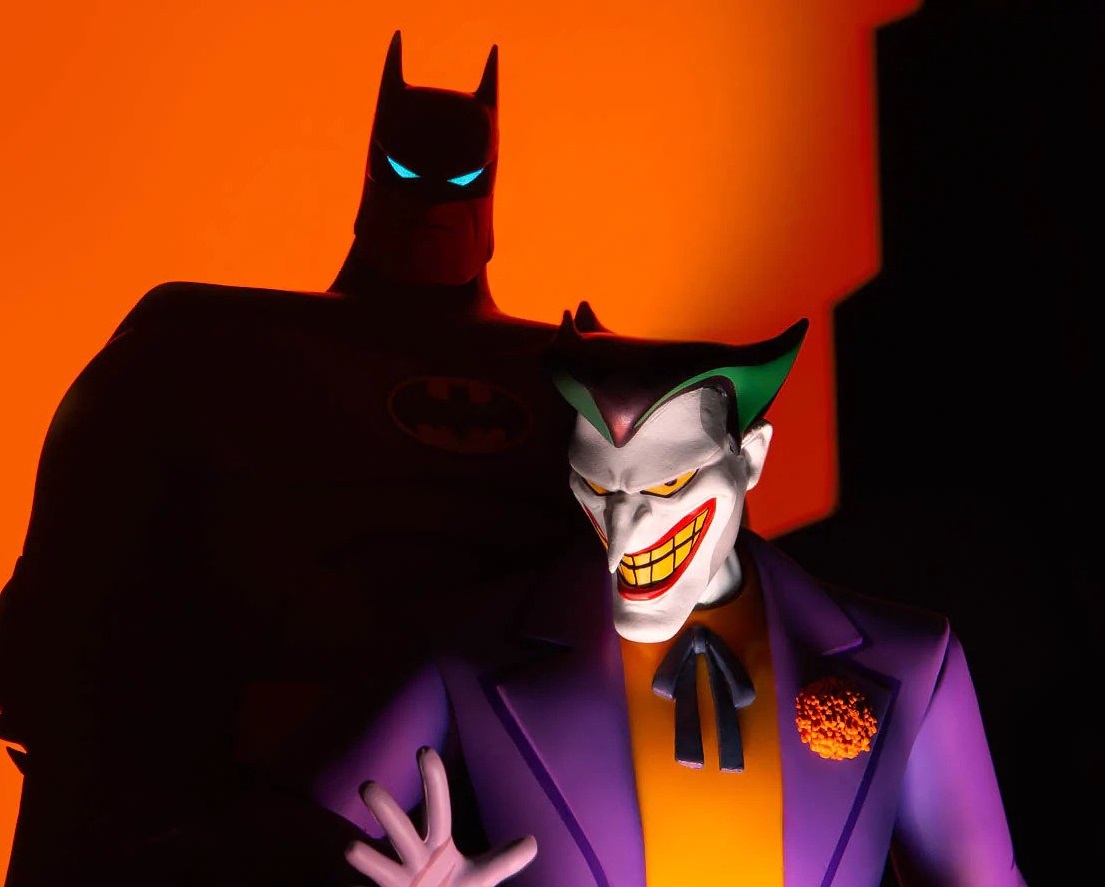 Mondo has released details for their latest exclusive SDCC 2022 BTAS (Batman: The Animated Series) figures, which feature Joker and Batman. The one-sixth figures measure about twelve inches tall and feature a large selection of swappable heads, hands, weapons, and accessories. Prices are listed below. They are expected to ship in between August 2022 and February 2023. You can preorder either of the BTAS SDCC 2022 exclusive figures directly from Mondo.

Batman returns! Based on the seminal BATMAN: THE ANIMATED SERIES, this new version of our previously sold-out figure comes with Glow-in-the-Dark eyes, a new BTAS-accurate paint application, and a revised sculpt, giving the figure more height. Featuring over 30 points of articulation and a TON of accessories, this Batman BTAS 1/6th scale figure is a love letter to one of the most influential shows of all time!

Arguably one of the most Iconic villains of all time, from one of the best-animated shows of all time, the Joker is joining our BATMAN: THE ANIMATED SERIES 1/6th scale figure line! The 2022 SDCC Exclusive features over 30 points of articulation, 6 different portraits, including a first-ever “Be a Clown” portrait for a Joker Collectible, as well as a slew of iconic accessories. This Joker figure captures the spirit and look of the ever-influential BTAS and is going to be a great part of any fan’s collection.