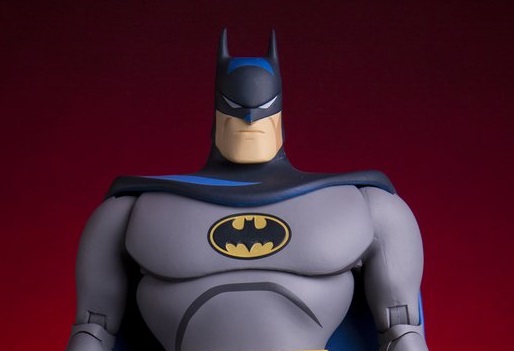 Mondo has announced a new Batman figure based off of Batman: The Animated Series. The figure measures 12″ and features about 30 points of articulation. It will include multiple hands and heads, as well as tons of accessories. The figure is priced at $125 and is expected to ship at the end of 2018. There is also an exclusive version of the figure for $150 which will include special cape as well as some other exclusive accessories including a H.A.R.D.A.C. head. The exclusive version is available for pre-order until March 12, so order yours today.

Based on the seminal BATMAN: THE ANIMATED SERIES, the Batman 1/6 Scale Figure stays true to the television classic – sculpted to match the iconic style of the show with a paint scheme evoking the bold, graphic look of an animated cel. Featuring approximately 30 points of articulation, multiple switch-out hands, heads, accessories, and a Bat Symbol figure stand, Batman comes fully equipped to keep Gotham – and your collection – safe and sound!