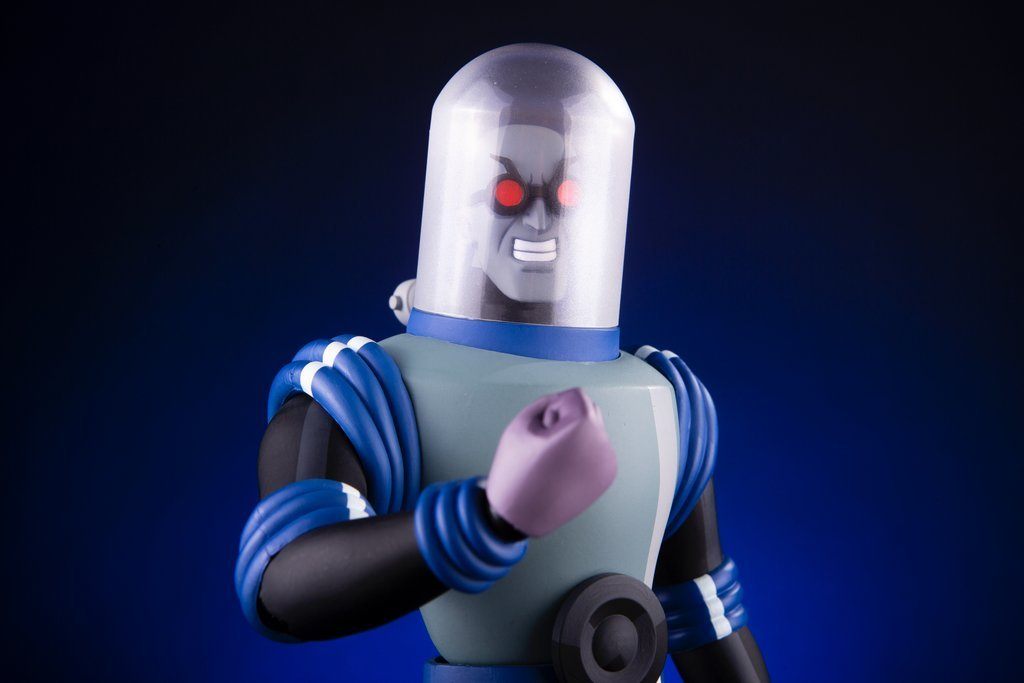 I’m going to avoid the overwhelming temptation to make ice puns and instead of just reporting that Mondo is releasing a 1/6 scale Mr. Freeze figure based off of his appearance in Batman: The Animated Series.

The figure will feature 28 points of articulation and come with accessories such as a swappable head, ice gun with ice beam, and frozen batarang. A deluxe edition of the figure will also come with Nora Fries’ gravestone, and broken helmet with an additional head to portray the villains sadness at the loss of his beloved. The standard figure will set you back $130 while the deluxe will be priced at $145. Both are available for pre-order at Mondo now.

We’ve been seeing a resurgence in the popularity of Batman: The Animated Series merchandise including figures and statues based on both the original series and the later redesigns. Let’s hope we keep seeing new releases of the toys and perhaps a revisit to the animated series in other media.