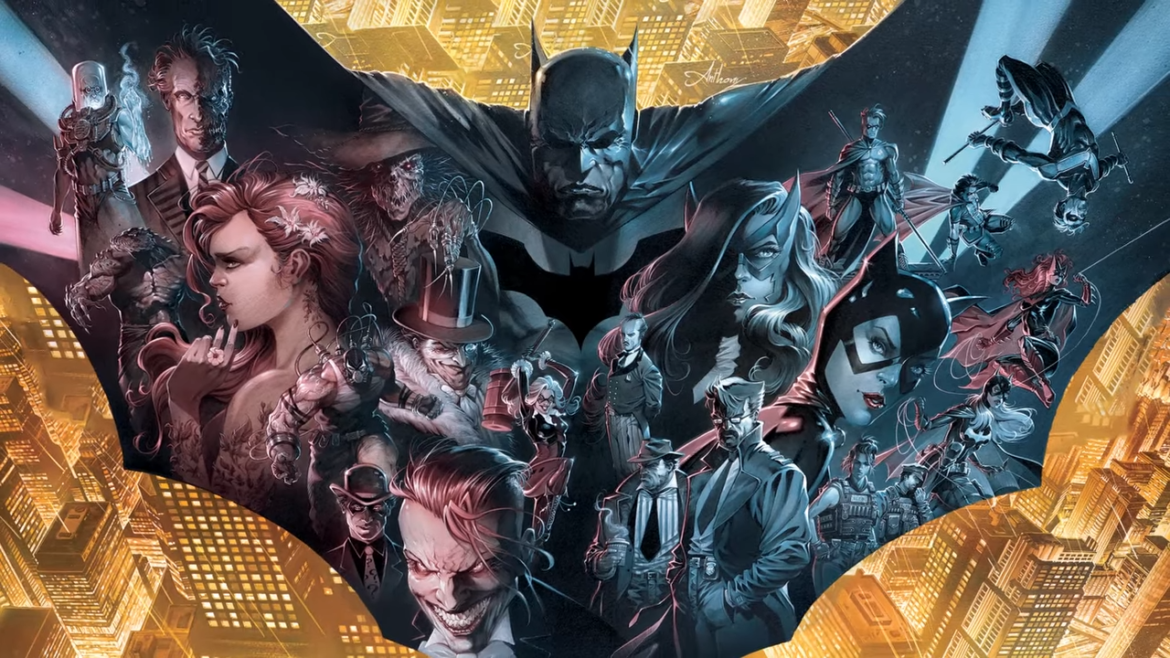 Monolith Board Games has released details for season 3 and RPG of Batman: Gotham City Chronicles. While additional seasons of the game have kind of flown under the radar, the original game was released back in 2018 to a lot of fan anticipation. Since then an additional season was released in June 2019. The second season did not have as much fan fare as the first season, for either marketing reasons or something else, as the project had half as many backers as the first season. The new campaign even has an option to purchase the original season

That said, the third season has arrived, and with it a version of RPG with it. In the past, the Kickstarter projects have had tons of additional miniatures that were added from the stretch goals being obtained. There are still new miniatures, but the latest project seems to have fewer additional characters and more elements to enhance the game.

You can pledge for either an English or French version of the game and there are multiple tiers that focus on different aspects of the Batman Universe. The largest pledge is around $285 and includes all of the RPG elements and all four new expansions for the third season of the game. All of the items as part of the pledges will ship in September 2023. You can pledge now by heading over to Kickstarter. Don’t wait as the campaign ends on June 10 after only having less then three weeks to back the project.

This role-playing game will enable you to play a whole range of famous and unknown characters from the comics, films, series, or your own imagination.

Whether you and your friends choose an atmosphere of action, investigation, adventure, or suspense, Gotham City will be waiting with its avenues, skyscrapers, subterranean tunnels, criminal world, secrets, magic, and incomparable ambience, which is the result of 80 years of creations since the Dark Knight first appeared.

Aside from the role-playing game, this third season develops the Batman™: Gotham City Chronicles board game with a solo and a cooperative mode enabling you to play all your existing adventures, a gripping extension with a campaign mode and magnificent figurines, a box containing aid sheets tailored to each Hero, and revised rulebooks and additional game aids – along with a few surprises.

The original game will also be available once again as part of this campaign, accompanied by revised rulebooks thanks to the work of Paul Grogan from the Gaming Rules! channel.

Video of the Day-Gliders Origin in Gotham City...