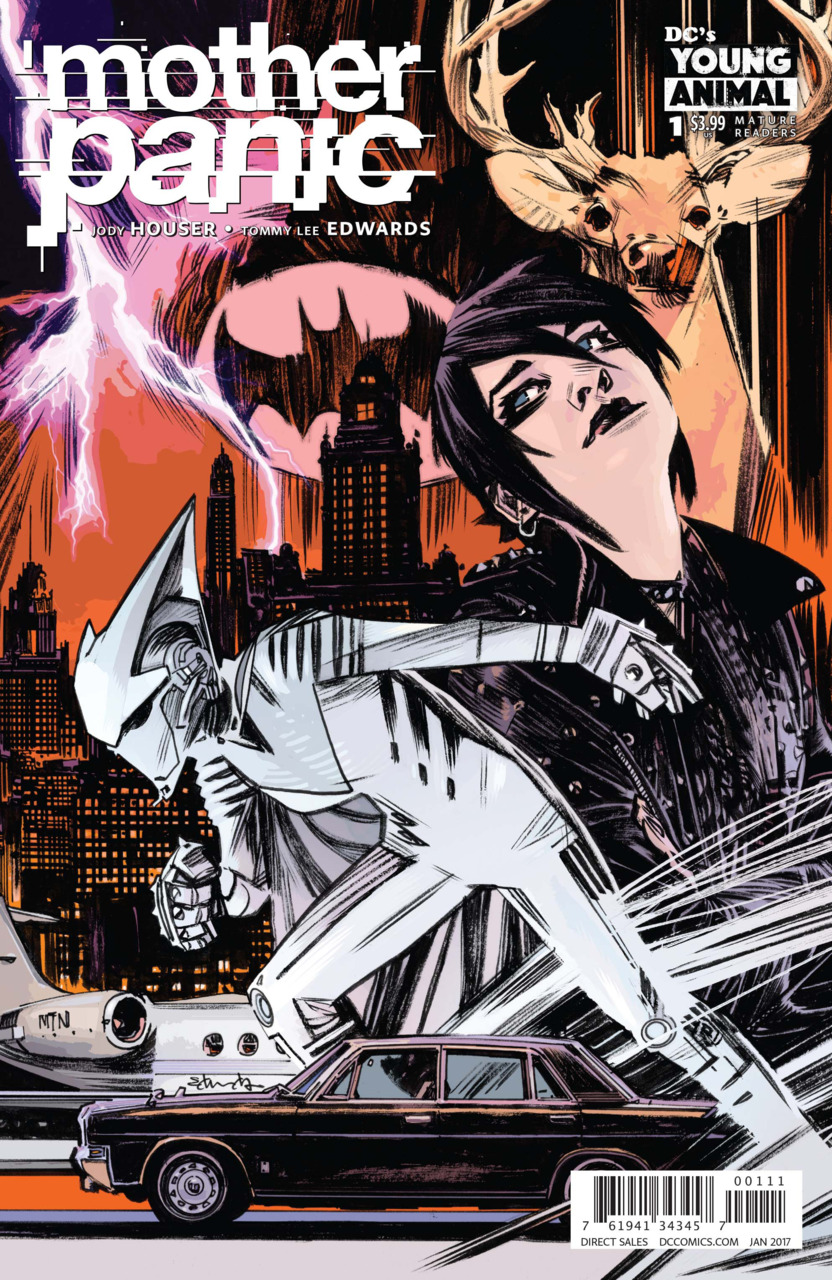 Violet Paige is on her personal jet drinking liquor and receiving a hypodermic from her doctor after having major surgery, possibly plastic. The jet is greeted by photographers and celebrity gawkers. The press shouts personal questions at her as she moves to a waiting car.

When Violet was a child, her father took her away from her Alzheimer suffering mother. He also would bring her hunting, though she is unable to actually pull the trigger to kill.

The wealthy Mister Hemsley brings his bodyguard Dominic into a locked storage unit to show him a piece of art. Dominic is shocked at what he sees much to the surprise of the suddenly worried Hemsley. They leave the storage unit go to a party.

Violet shows up to the same party on the lookout for Hemsley. She is harassed by a writer who wants the story about how her father died. Violet refuses the interview and threatens him. Hemsley tells someone on the phone that Dominic is making a run for it. Dominic is stopped from leaving the building by a bunch of toughs that bring him out back. They say that he has seen something that he shouldn’t have and put a gun to his head.

Their assassination attempt is interrupted by a costumed and masked figure that beats up the goons and takes an unconscious Dominic away. Later, Batman arrives on the scene and sees the beaten bodies which are a result of the fight.

Dominic’s costumed savior is Violet and she takes Dominic to her palatial home. In the garden is Violet’s mother, still suffering from Alzheimers. Violet is taking care of her.

Hemsley goes to see Gala, a woman who is using a knife on a man that is hanging upside down. The man’s blood is dripping down on an artist’s canvas. Hemsley tells her that he showed Dominic a piece of art that he shouldn’t have and now his is worried about being reported to the police. Gala continues to slice at the hanging man and agrees to take care of the Dominic problem as she slices her victim’s throat.

Violet, in her superhero costume, has Dominic cuffed in the bathroom. She tells him that he is going to help her get close to Hemsley. He tells her about the piece of art he saw, something terrible and upsetting about kids. Until next month…

Writer Jody Houser has created an intriguing introduction to a new force in Gotham. Violet Paige is a clearly troubled young woman but also has a strong sense of morality. Her full story hasn’t yet emerged but so far the book makes her an interesting enigma. Hemsely and Gala are also mysteries, their relationship is unclear but strong hints of real characters shine through.

Artist Tommy Lee Edwards work here is interesting, though very scratchy. He avoids the clarity issues that many artists of his type suffer from. The action is clear thought there are a few faces, such as Hemsley’s, that are hard to get a good visual handle on. His colors are interesting as well. There are lots of muted violets and contrasting cut in panels. Many of the pages also are full of symbolic imagery such as snakes eating mice and bunnies sitting in skulls. The reasoning behind each isn’t totally clear but they provide some interesting counterpoint to the action.

While this book isn’t my usual cup of tea there is a lot that interests me. I want to know more about Violet’s back story and why she is going out at nights hunting bad guys. That is the mark of a good first issue so it is a success. I am not going to give it a glowing rating however because torturing people, particularly the implication of hurting kids, isn’t something that I particularly like to read about.